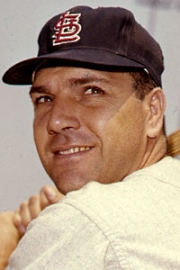 Ken Boyer Belongs in the Baseball Hall of Fame

511 people have signed this petition. Add your name now!

Ken Boyer was one of the greatest third basemen in baseball history. He won five Gold Glove Awards for his defensive abilities, was named to the National League All-Star team 11 times, and was the NL Most Valuable Player in 1964. "Between 1958 and 1964, he averaged 26 home runs, 101 RBIs, and had a .303/.372 /.500 batting line. He was 28 percent better than the league average offensively," wrote Bernie Miklasz of the St. Louis Post-Dispatch.
This petition will be presented to members of the Golden Era Committee of the Baseball Hall of Fame before they vote at the Winter Meetings on December 8, 2014.