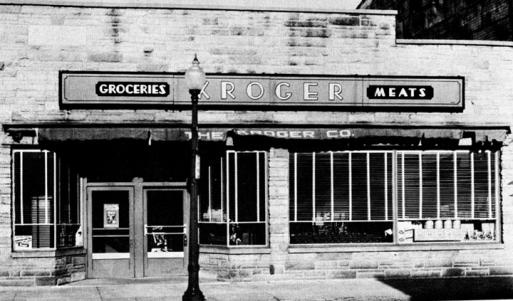 Let's Keep Krogering at Creekside Crossing on Six Forks Road (and all the Raleigh stores) NOW!

On June 13, 2018, The Kroger Co. announced it will close the Kroger banner in the Triangle area, including the one located in Creekside Crossing Shopping Center on East Six Forks Road in Raleigh, by mid-August. Please sign the petition to encourage Kroger management to reconsider. If you are fond of a different location, please indicate the location in comments section.

In announcing the closings, Kroger said the Triangle has too many grocery stores. Roger Beahm, executive director for the Center for Retail Innovation at Wake Forest University, pushed back on that assertion. The number of grocery stores per thousand people in the Triangle (0.23 stores) isn’t much different than Charlotte (0.28) or the Triad (0.27), according to SimplyAnalytics.

He says the closures are an admission that Kroger doesn't think its brand can compete with new competition.

Let's show Kroger a whole lotta love and demonstrate that there are loyal customers to make Kroger successful in this market! Please sign the petition to keep open the Creekside Crossing Kroger in Raleigh. Please remember to include a comment and to pass this on to friends and your social media.

If your favorite Kroger is at a different location, please sign the petition and indicate in the comments section which Kroger you love and why - and add your zip code as well.

Thank you so much for signing! Want to do more? You could contact Kroger directly at:

Reasons cited for loving Kroger Creekside (and many other Triangle Krogers):

1. This Kroger supermarket is nearly always bustling with customers from all walks of life who live in neighborhoods from all parts of Raleigh. Often the checkout lines are long.

2. Large selection of natural, gluten-free, organic and other specialty foods and in the opinion of many is a superior grocery in comparison with another chain owned by the same company.

3. Pharmacy with knowledgeable, customer-centric pharmacists. [Note that a sign there indicates Pharmacy will close on 7/13. Have pharmacy customers been individually notified by email letter or call?]

4. Many staff members who are committed and have worked there for many years who are may not be able to find jobs as good as their Kroger positions.

6. Store carries a number of interesting brands including "Simple Truth" that are not often found in other groceries in Raleigh.

7. A gathering place for people in the nearby neighborhoods (especially since the closing of Borders) as well as those further away. It is a wonderful place to see friends, work colleagues, and neighbors!

8. While the store is located in "Midtown," many people from South Raleigh shop here (especially since the Kroger formerly located in SE Raleigh closed some years ago) as well as many from West Raleigh and North Raleigh.

9. Media reports are that 1500 people will lose jobs as a result of these stores closing. The article says they have been offered jobs in other locations. Some of Kroger's employees are unionized, but the articles have not mentioned how that affects those whose jobs will be eliminated due to the store closings.

10. Kroger is banking on the Kroger store customers going to Harris Teeter. The store on Creekside is uniquely located and many of its customers will not make the trek to North Hills or Cameron Village to shop. And while Harris Teeter is a "homegrown" more local business, many of the people who love Kroger are NC or Raleigh natives; moreover, you could wager that the 64-ish net additional people in Wake Co each day are from other states that may have Kroger and may be brand loyal to Kroger.

https://www.thekrogerco.com/about-kroger/history/ notes "With nearly 2,800 stores in 35 states under two dozen banners and annual sales of more than $115.3 billion, Kroger today ranks as one of the world’s largest retailers."

Kroger is one of the leading grocery chains in America, trailing only Wal-Mart in food sales.

Kroger is a diversified company in a largely recession-proof industry and sports a growing dividend.

The company also operates 784 convenience stores and 319 fine jewelry stores under its corporate umbrella. Kroger has 38 distribution centers around the US, which allows it to stock its stores efficiently. The company also has 38 production plants in which it produces its own private-label product lines.

Additionally, KR filled nearly 185 million prescriptions (presumably over the past year although it's not entirely clear from the website), and its total sales came in at $115.3 billion in FY 2016. Throw in more than 1,400 fuel centers and growing same-store sales, and it appears to be a massive company that's doing well.

Another article on the same web site noted in February that Kroger Company (KR) has been very active in trying to get itself back on track after the stock took a dive when Amazon.com, Inc. (AMZN) announced its acquisition of Whole Foods as it entered the brick-and-mortar arena. Kroger is transforming itself with the expansion of digital initiatives along with actively exploring acquisitions and partnerships that will get it digital and mobile at an even faster pace than it is currently transitioning. As it seeks to become more customer focused, it is having tremendous success in its traditional stores expanding its private label brands, which should translate into higher margins while drawing consumers back for the tremendous value they present.

[One component was its entry into the online market via its purchase of vitacost.com, an online retailer with a warehouse in Lexington, NC that now carries many of the Simple Truth products.]

Additionally: The company elevated spend in technology this year and has the best loyalty program in the business. Historically one of the most innovative grocers around, the company will drive efficiencies from new tech breakthroughs which will be unearthed.

Let's encourage Kroger to retain the Raleigh portion of its diverse portfolio. Please sign the petition and forward to lists and friends so we can send a few thousand signatures to Kroger corporate to encourage management to keep this Raleigh location open as a Kroger! This building was previously a hardware store and is larger than a typical grocery store, therefore it seems likely that it will be difficult to find a new grocer (Harris Teeter has already said no) to fill this space.

While this may be true, it doesn't mean that it's inevitable that loyal Kroger shoppers are going to make the move to Harris Teeter when there are other options on the horizon.

Kroger's web site also notes "Also in the ‘70s, the company became the first grocer to formalize consumer research, interviewing 4,000 shoppers the first year. In 2014, the company listened to 9,661,855 customers, who provided invaluable feedback and insights."

A petition may not be successful, you never know. It can't hurt, and it might help. Let's sign the petition and see what happens. Let's hope Kroger will take its own advice of listening to its customers. It's obvious that a lot of people love Kroger stores and are loyal to their nearby Kroger stores. Thanks everyone.