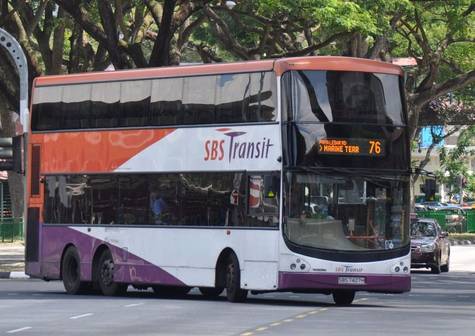 Katong, Marine Parade, Paya Lebar, Serangoon, Sengkang, Ang Mo Kio and Yio Chu Kang residents, I'm sure everyone has heard about the recent amendment of Service 76, and I'm sure nobody is satisfied and positively impacted by it.

As we all know 76 isn't a new route, it's served residents along the route for years, everyone's used to snoring from one end to the other and I'm sure nobody will want to change buses which will cause long term problems such as more buses on the roads and more overcrowded bus stops. This should not be the intended outcome of bus enhancement schemes and it definitely shouldn't be used as a reference to future bus amendment plans. Although the amendment has been implemented, we do hope that the authorities are able to come up with another solution which not only can retain the original sections, but make enhancements so that everyone will benefit.

Even though the route will still serve its current stretch between YCK and Paya Lebar, however AMK plus Serangoon residents will lose their direct link to Marine Parade and vice versa. Please spread this around to your friends and families, especially if they will be impacted. Thanks and #keep76intheloop