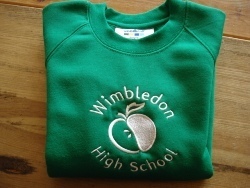 Village sports have been the supplier of Wimbledon High School uniforms since 1999. It is run by Lizzie Ralston (a former Wimbledon High Pupil) and Paddy Ralston (an ex Kings pupil). They are a local supplier and were chosen because of this. The proposed change of supplier to John Lewis will result in a loss of convenience for parents, requiring them to travel to Kingston or Sloane Square for fittings, loss of customers for Village Sports and an increase in the carbon footprint.

GDST have carried out a centralised Procurement activity across the whole GDST. They have not set up agreements with manufacturers which could be used by local suppliers, they have instead set up a framework agreement with a number of retailers which is not the most effective Procurement strategy and does not allow smaller retailers to compete fairly. In addition, they do not appear to have consulted parents about what their requirements are from a uniform supplier.

Several parents have expressed concern at this decision and this petition is to ask Wimbledon High to leave its uniform business with Village Sports.

The petition is not being circulated by the year reps.

Do add your comments next to your signature as this is the most valuable part.