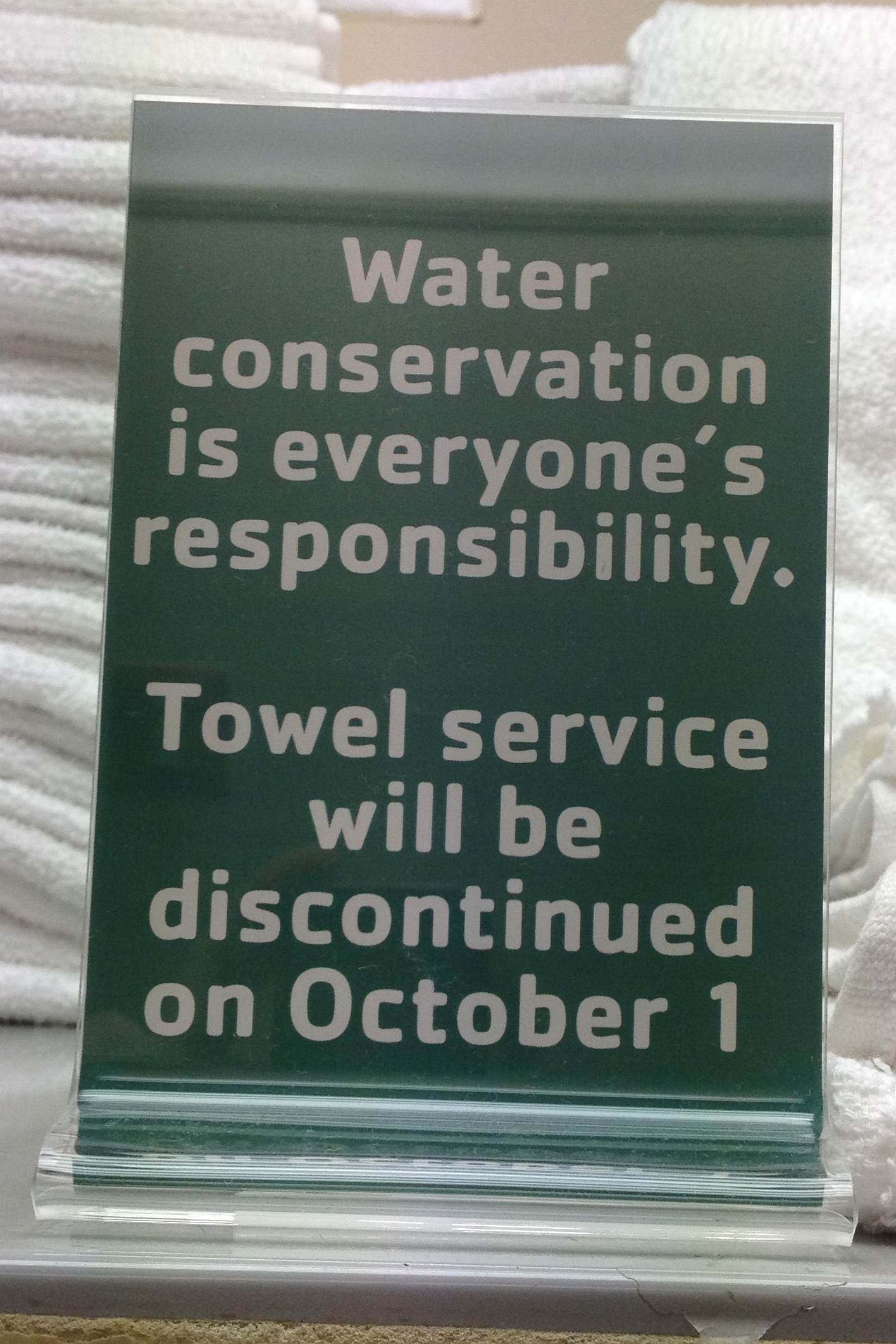 The Hollywood YMCA has announced that, effective October 1, 2014, it will no longer provide towel service to its members. This change was made without any input from the YMCA's members.
The YMCA claims this is an environmentally important move that will promote conservation in Southern California during our drought. In fact, it will shift the burden of water consumption from the YMCA to the individual members. Without industrial washers operating at capacity at the YMCA, we would expect to see overall water consumption increase as each member washes towels at home or at a laundry-mat.
Conservation is important. There are many YMCAs in California that offer towel service but only provide one towel per member per visit. The Hollywood YMCA, by contrast, has historically allowed members to grab as many towels as they wish. This can lead to overuse. We believe that, if the Hollywood YMCA is serious about regional water conservation, it should maintain its towel service while limiting each member to one towel.
Please sign below if you believe the Hollywood YMCA should keep its towel service in place. We can only make a difference if we stand together against this unilateral change in our gym services.