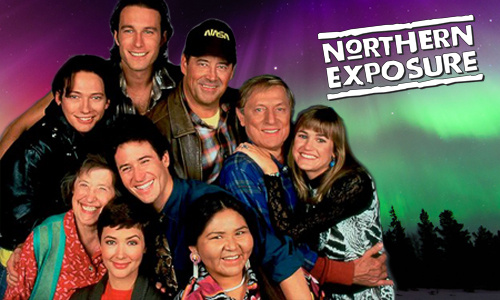 Keep the original cast in the Northern Exposure Revival!

344 people have signed this petition. Add your name now!

As most Northern Exposure Fans know by now, there has been talks about a Northern Exposure 'Reboot' for the past few years. These talks came to a head at the ATX Television Festival in June 2017 where the cast and writers (Rob Morrow, Janine Turner, Joshua Brand, Cynthia Geary, Adam Arkin, Mitchell Burgess, Robin Green, and Michelle Bloch) came together for the first time in over 20 years. After the ATX Panel, they appeared on The Today Show where they were asked if they would be interested in rebooting the show which they replied they would, which in turn drew an international spotlight to the idea.

Not much else was heard for a while until a couple of months ago in November when Rob Morrow (who played Dr. Joel Fleischman) announced that he was working with CBS as executive producer to get the ball rolling, it was also reported that the original creators Josh Brand and John Falsey were on board. However, a day after the announcement, Barry Corbin (who played Maurice Minnifield) had this to say: "To all Northern Exposure fans: I am just as surprised as you are to hear about a Northern Exposure reboot. It’s a shame they don’t plan on using the original cast. I have spoken to several other members of the original NE cast and they have not been contacted either. Thanks for all your support over the years, and Happy Thanksgiving to y’all".

Being so early in the process and without even a script to go by or a Green Light from the network, suffice to say one would think they just haven't made it that far to consider casting and that the pieces would fall into place as progress takes hold.

That is until today when Janine Turner took to social media to let everyone know, it's official, she wouldn't be returning to the show as conveyed here:

"It's official - I, "Maggie O'Connell," am not in the Northern Exposure reboot. They want to go "younger." I am shocked. A new generation is fine, but why wipe out the previous? I question why it's ok to bring back a 56-year-old man, Fleischman/Rob Morrow, but not a 56-year-old woman, Maggie O'Connell/Janine Turner."

This petition is a testament to what the original cast of characters and the talent that portrayed them mean to all of us fans. If the powers that be have heard the requests by the fans to revisit this great show, then hopefully they will follow through with the requests from the fans to bring back as many of the original cast as possible, (Barry Corbin, Janine Turner, Rob Morrow, Darren Burrows, Cynthia Geary, John Cullum, John Corbett, Elaine Miles, Bill White, Adam Arkin) if the project is indeed a reboot, then these key players are necessary to maintaining the Northern Exposure standards that the fans have loved for going on 30 years now, without them you have a 'remake' and will not only probably fall flat, but taint the magic of the original.