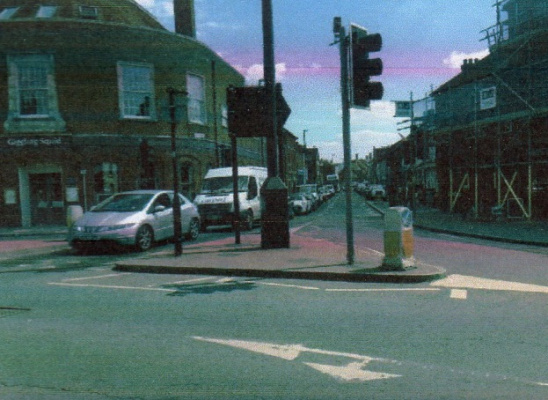 Are you frustrated by the unnecessary traffic queues in The Hornet when all you want to do is drive round to St Pancras? Remember how traffic flowed so easily before the lights were moved?

Market Avenue is the one of the busiest pedestrian crossings in the whole of West Sussex. During busy times approximately every 30 seconds the lights turn red to allow pedestrians to cross Market Avenue.

The pedestrian crossing at Market Avenue and The Hornet junction was changed as part of the planning permission for a convenience store in Unicorn House. The convenience store did not proceed and is now occupied by a restaurant.

Since the re-siting of the lights, motorists are unable to drive round into St Pancras or go straight across to East Street as easily as they could before. Research has shown that when The Hornet lights are red, traffic trying to turn into St Pancras was blocked for up to 78% of the time and up to 56% of the time even when the lights were green, as drivers queuing up to cross into East street blocked the flow of traffic.

West Sussex County Council Highways had originally agreed to return the lights to their original position after the restaurant took over the premises but have now declined.

At a recent meeting of Chichester City Council, Cllr Jamie Fitzjohn, County Councillor for Chichester South, told councillors that “we need to keep The Hornet moving”.

There is huge support for this already, so please sign this petition to help return the lights to their original position and reduce pollution by getting The Hornet moving!