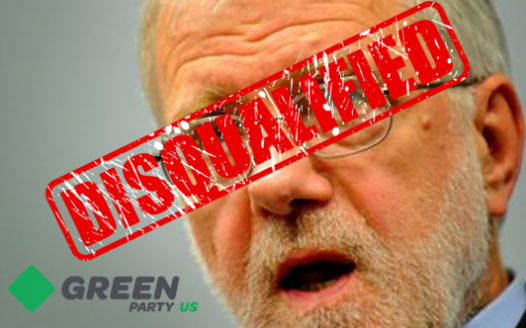 If we don't have integrity in our own party then how are we to build it? If we operate as the 2-Party Oligarchy then we will never have the high ground.

"10-1.2 Party Affiliation: Candidate is not a registrant or otherwise a party member of any state or national level political party in the individual's primary state of residence except for a state party which has affiliated with GPUS, or a party forming for the intent of GPUS affiliation in a state where there is no GPUS affiliated state party"

Howie Hawkins's is a member of a the Socialist Party and has been sine the 1970's. He is also running for their presidential nomination. (He has since been nominated) This is against the rules for Recognition of Declared candidates and he should be disqualified. If the party wants to keep it's integrity then it should hold true to its values. We should not operate like the DNC where the fix is in by establishment. Career and professional candidates have no place in a Grassroots party.