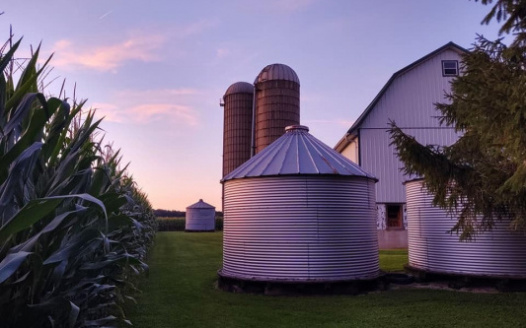 Keep the Farmland in Nashotah

We (the people of the Village of Nashotah, the lake country, and those that are from and/or visit the area) value open space, wildlife and the few remaining farms in the area, specifically the Nashotah farm (the old Mertin's Farm) and know that due to the current Ordinance 215, the land was just listed for sale and will likely be developed. We ask the Village of Nashotah Board, to PLEASE rescind Ordinance 215 (Prohibiting the application, dispersal, or land spreading of unmanipulated animal or vegetable manure).

The Gehl family purchased the 262-acre Nashotah farm fields in 2016 with the twin goals of protecting open space and restoring soil fertility. Having lived in the area since the early 1950's, John Gehl began protecting farmland in the 1990's as a way to give back to the community that has given him so much. To date, the Gehl family has protected more than 1000 acres in Lake Country through the Faye Gehl Conservation Foundation (KeepTheCountryInLakeCountry.org).

The goal of improving soil health (or restoring soil fertility) in a natural and organic way led to the decision to allow the farmer on the Delafield portion of the land, to hire an outside contractor to inject manure on the property in late summer 2017. Unfortunately, the 2017 injection of the manure was not done properly or in accordance with all requirements of NR 243.14 (Nutrient Management) of the State of Wisconsin Environmental Protection code, resulting in pooling of manure on the field and an extreme amount of odor and resulting flies for the surrounding neighbors to endure. Both the Gehl family & the farmer were extremely disappointed that this occurred and are committed to ensuring that any future injection is done to the highest of standards and in accordance with the State of Wisconsin regulations.

Ordinance 215, was put into place by the Village of Nashotah in response to the incident that occurred on the Delafield land and without discussion, request for input, or prior notification to John Gehl, the farmer or, the community. This ordinance is not based on a current or ongoing public health threat, as proper injection of manure into the soil is approved and safe according to the Wisconsin Department of Natural Resources (NR 243) (click to link). Additionally, this Ordinance is discriminatory, because it is stating that applying unmanipulated manure that originates from sources within the village of Nashotah is approved and safe, but prohibits manure that originates from outside of the village of Nashotah, stating that it would cause a from being applied on the grounds that it would then be a public health threat. Also important to note is that the Wisconsin Department of Natural Resources (DNR) investigated the 2017 incident and did not find any instances where it caused a public health threat. And according to the Right-to-Farm law, the nuisance odor that resulted can not be used against the farmer.The nuisance odor that was created cannot be (for additional information from the State of Wisconsin Department of Agriculture, see ****below).

The farmer that farms the Village of Nashotah property has livestock on the land that only produce enough manure to fertilize 1/3 of the land in a natural way. This ordinance is requiring the farmer to then fertilize 2/3 of his land each year with a chemical or treated fertilizer. This goes against to practices of the Faye Gehl Conservation Foundation and has led to the Gehl's listing the land for sale. The Gehl family doesn't want to sell the land, but feels handcuffed into chemical farming practices as long as this ordinance is in place. If the ordinance is rescinded prior to the sale of the land, they will continue to preserve the land and work towards getting it in the Faye Gehl Conservation Foundation.

Alternatively, the sale & subsequent development of the land would end a family's over 75 year history of farming, cause increased traffic/accidents, affect the plethora of wildlife that live on the farm (deer, turkeys, sand hill cranes, etc.), alter the recreational use of Mission Road for many that frequently bike, run, and walk this beautiful countryside, and vastly change the landscape by removing the last remaining farm from the Village of Nashotah.

To date, the village of Nashotah has not reached out to Mr. Gehl and has denied numerous requests from residents to have a discussion or to get on the Board meeting agenda. Approximately 90 residents went to the last village of Nashotah board meeting (August 7, 2019) to voice their opposition with ordinance, many of which spoke for 2 minutes each during the public comment period. As of today's date, August 22, 2019, the board has still not agreed to put the topic on the next month's board meeting agenda (September 4, 7pm) so the item can be discussed with the citizens and voted upon by the board. They are not listening to the people's requests and we as a community need to make our voices louder by coming together on the points we all agree upon and finding a workable compromise to keep the land as undeveloped farmland. The nuisance that was created in the isolated incident of 2017 and any future manure fertilization of the land is regulated and enforced already by the Wisconsin DNR. Imposing more restrictive, unethical and discriminatory Ordinances does not make our community stronger or safer, but rather keeps our rights and future of the last remaining farm in the Village of Nashotah in the hands of community Board members that were elected to serve the wishes of the community as a whole.

Don't wait until it's too late!

****This is a response from the Wisconsin Department of Agriculture regarding the ordinance:

The Farm Center forwarded us your inquiry about the manure prohibition in the Village of Nashotah. Section 10.095 of Nashotah’s ordinance prohibits the application of un-manipulated manure in the Nashotah unless the manure was generated by a farm located in the Village or it is otherwise preempted by Chapters 92,93 or nuisance law.

After these ordinances were adopted in the City of Delafield and Village of Nashotah in 2018, our bureau sent a letter to the County Conservationists in the Waukesha and Jefferson Counties. We advised that we did not believe the ordinances could be enforced as written, indicating the courts have invalidated this type of ordinance when the prohibited activity does not rise to the level of public nuisance. As a business, farming entails the planting of crops that require nutrients applications to grow. The spreading or irrigation of manure is an accepted practice for applying nutrients to cropland. The Village of Nashotah ordinance in fact recognizes this by allowing manure applications for farms located in the Village. The “right to farm law” protects farmers against nuisance claims for agricultural practices that do not “present a substantial threat to public health or safety.” S. 823.08, Stats. Again by allowing manure applications in the ordinance, the Village concedes that such applications are an acceptable agricultural practice and undercuts its argument that such applications are a public health and safety risk. In fact, ordinance makes no findings to support the case of public risk.

The Village’s goal of protecting public health and safety is also called into question by the failure of the ordinance to address the conditions that might actually increase the risks to the public such as over application of manure, poor timing of applications, or improper placement (e.g. too close to households and wells). In fact, the ordinance as written would permit a farm located in the Village to apply manure on fields without limit to the quantities applied, without consideration of sensitive landscapes where the manure is applied, and in disregard of the proximity of the applications to property lines and wells. It can be argued that the ordinance is arbitrary, discriminatory and unreasonable in that allows unlimited applications of manure from operators located in the Village while prohibiting applications from operators located outside the Village, and that such a targeted prohibition bears no substantial relation to the public health, safety, morals or general welfare.

Furthermore, the Village’s ordinance violates s. 92.15(3) “(a) Notwithstanding ss. 92.11 and 92.17, a local governmental unit may enact regulations of livestock operations that exceed the performance standards, prohibitions, conservation practices and technical standards under s. 281.16 (3) only if the local governmental unit demonstrates to the satisfaction of the department of agriculture, trade and consumer protection or the department of natural resources that the regulations are necessary to achieve water quality standards under s. 281.15. (b) The department of agriculture, trade and consumer protection and the department of natural resources shall, by rule, specify procedures for review and approval of proposed local governmental unit regulations under par. (a).” The Village’s prohibition against manure applications exceeds state standards that allow livestock operations to apply manure, commercial fertilizer and other nutrients as along as such applications are done in conformance with a nutrient management plan. Under S. NR 151.07(3), Wis. Admin. Code. As far as I know, the Village has neither requested nor received agency approval to exceed state standards for nutrient management. I do not know if the Village would have submitted the ordinance to DNR for approval. However, per ATCP 50.60(1) “A person adversely affected by a local livestock regulation may oppose its adoption at the local level. The person may also challenge a local regulation in court if the person believes that the local governmental unit has violated par. (a) or s. 92.15, Stats. A local governmental unit is responsible for analyzing the legal adequacy of its regulations, and may exercise its own legal judgment in deciding whether to seek state approval under this section.” In theory, if the Village refused to seek approval, the landowner could take the Village to Court. However, if this were to end up in court, the landowner may need to address questions about having a nutrient management plan and if it was/is being properly implemented.