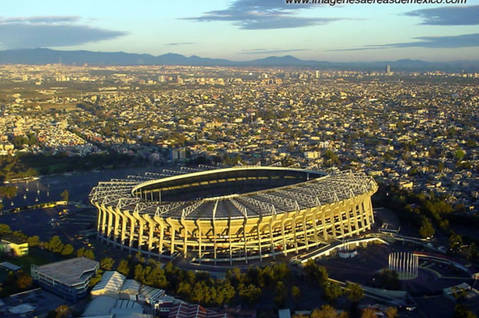 Just recently, the Mexican, Canadian, and American football federations, have agreed to create a joint bid, to host the 2026 FIFA World Cup. However, the Americans have stolen what should rightfully be given to Mexico, and its highly historic, and prestigious Estadio Azteca. This is the final. The US has already been given 60 out of the 80 World Cup games, while Mexico and Canada, have been given a mere 10 each. Furthermore, in the Americans 60 games, all quarter and semi-finals are included in such 60 games. Mexico, a country with a much more passionate and loyal football/soccer fan base, deserves at least the final. This petition is to help balance out the number of games each country hosts, which should be 28 to the US, and 26 to Mexico, and 26 for Canada. The final should be included in Mexico's 26 games. This is because the Estadio Azteca, is one of the world's largest football stadiums, is also the most historical in terms of global football (although the Maracana comes close or ties it), and has hosted 2 World Cup finals. Because of such attributes, it is only right to host the 2026 FIFA World Cup Final at the Estadio Azteca. Thank you for your time!