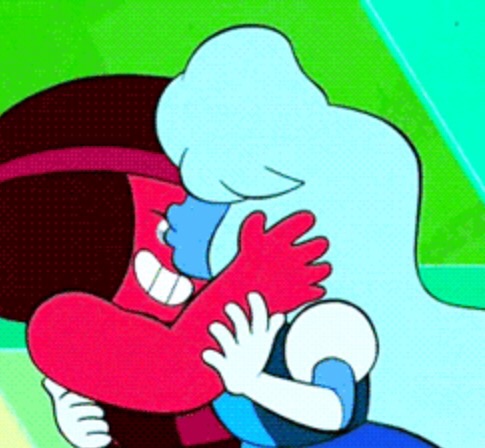 Many people are angry about the LGBT relationship between Ruby and Sappire in the Steven Universe episode "Jail Break". I do not see their reasoning behind this, saying they don't want to see their son or daughter witness these relationships on TV because they fear they may be like "them" is like saying they don't want them to see African American people on TV so that they don't turn black. It's absolutely foolish to even begin to want this show to be cancelled or censored because of a beautiful relationship between two female looking characters. This petition is against allowing foolish minds get rid of such amazing details in such a wonderful cartoon.