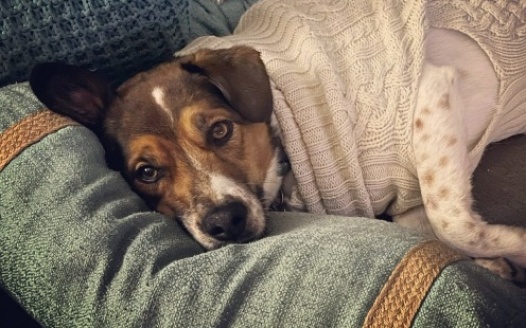 This petition is to keep Christina Naverez and her two dogs off the SouthCreek Apartments property, in order to diligently protect ourselves, our pets and our families. Christina is a frequent guest of Apt. 104. She is not a tenant. She drives a large dark gray Honda SUV with constellation stickers on the back window, and she often has her two German Shepherd dogs with her. She and her dogs mostly enter and exit Apt. 104 through the back patio door. I assume this is to avoid and limit any dangerous interactions with her two dogs.

My 10-year-old daughter, my dog Copper, and myself have had many negative interactions with Christina's two dogs. One example of a negative interaction with the two dogs is simply walking in the parking lot to the trash bin. More than once, the two dogs have been in their vehicle, viciously barking and clawing at the car windows as we pass. This is intimidating and extremely unnecessary. I truly believe that if the dogs were able to find a way out of that vehicle, that they would, and an attack would happen. Another negative encounter we've had with the two dogs is simply walking in the hallway of our apartment building. On many occasions, the dogs would be in the hallway with their owner at the same time as myself and my dog. The two German Shepherds would again viciously bark and pull themselves and their owner towards me and my dog Copper. Christina is not strong enough or able to control this to remove herself and the dogs out of the area, so the dogs would continue to bark and pull towards us until we were ultimately forced to leave in an opposite direction of where we were planning to go. This was always unsettling for us, as we had to cautiously open the door to the hallway to be sure the dogs weren't present, so we could safely walk to our apartment door. Lastly, my dog Copper has been attacked by Christinas two dogs on two separate occasions. The first attack was in October 2021. Copper and I both left the incident very shaken up, and thankfully, my daughter was not there to see this attack. The two dogs jumped over the makeshift back fence of Apt. 104 as they saw my dog and I walking by. In all of these occurrences with Christinas dogs, I have observed that the two dogs do not respond or take commands from a female's voice. I’m grateful that during this first attack, there was a male close by who was able to scare them off of my dog, otherwise, I know it could have been much worse. This attack was not reported to the police, which I regret not doing now. I did report the attack to the apartment management company, and nothing was done that I know of. The reason I didn’t report it to the police is because there were no serious or life-threatening injuries, and because the tenant of Apt. 104 was apologetic and agreed to not allow Christina and her dogs to stay there anymore, assuring me that they wouldn’t be on the property any longer. The second attack on my dog was this last Tuesday, 7/19. Again, I was walking my dog outside, and out of nowhere came Christina's two dogs viciously barking and running towards me and my dog again. My dog Copper is kind and is not aggressive whatsoever. He doesn’t cause trouble with anyone or anything. From what I’ve seen, these two dogs will attack a defenseless animal for no reason at all, and this is why I am trying to protect the tenants of SouthCreek by attempting to obtain this protection order, so this doesn't happen on the property ever again. Unfortunately, this second attack did not turn out as well as the first. Again, a man was present and was able to scare the dogs off, but not before the damage was done. One of the dogs dragged Copper across the parking lot, by the side of his face, leaving large lacerations, and broken bones under his eye. At the scene of the incident, there was a lot of anger, yelling, and my daughter screaming and crying, that I’m sure disrupted many of our neighbors, and I apologize for that. Ultimately, Christina chose to get her dogs in her vehicle, and drive away before the police arrived.

The Littleton Police are only issuing Christina a “Dog at Large” citation and that is only if she comes to the station to pick the citation up. This is unfortunate because I don’t believe she is being held accountable as a pet owner appropriately, so this is why I’d like to do my do diligence to protect our community. Currently Copper is trying to heal and make himself comfortable. He is on four different medications; two for pain and inflammation and two antibiotics. If you believe in the protection and safety of yourself, your pets, and your loved ones, please sign this petition to keep Christina and her two dogs off the property of SouthCreek Apartments. If you have any questions, any incidents, or stories you can share with me to support my case, please do. I would really appreciate it. Please call or text me at 720-229-5662. Thank you, Angela, Truly, and Copper.