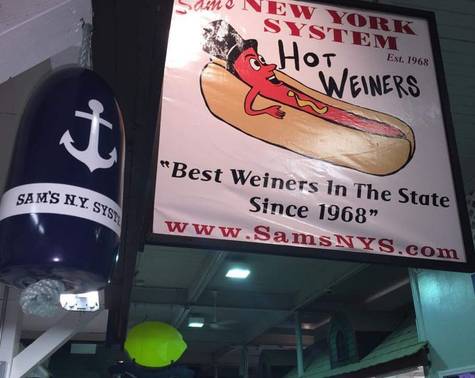 Keep Sam's in the Rhode Island Building at The Big E

My father started Sams NY System in Warwick in 1968. I have been a vendor selling weiners in the Rhode Island building at the big E located in West Springfield, MA for the past 5 years supporting tourism for Rhode Island. I have a huge following of people that come to my booth at the big e every year. I have repeat customers that come to my booth several times during the fair every year. I have new customers from the big E that are not from Rhode Island that have come to visit our restaurant and tour Rhode Island. I am a small business that has invested time and money by installing permanent restaurant equipment into this booth/space in the Rhode Island building, and have a great passion for my business.


Apparently after 5 years at the big E, the Rhode Island Commerce Corporation will not renew my contract this year. It is a year to year contract, but that's not how they presented the contract. Telling me not to worry about the year to year contract, that I would remain for a long time. RI commerce also telling me that the other vendors in the building have been there over 20 years. I have been told the reason is they would like to add a space for selling Rhode Island beers. The Rhode Island building is supposed to showcase foods and products of Rhode Island. Weiners are well known to be a Rhode Island food.

My question is why can't they come up with a different option for the beer maybe put them outside in a beer tent so that I can still remain in the building where I already have all my equipment and money/ time invested.