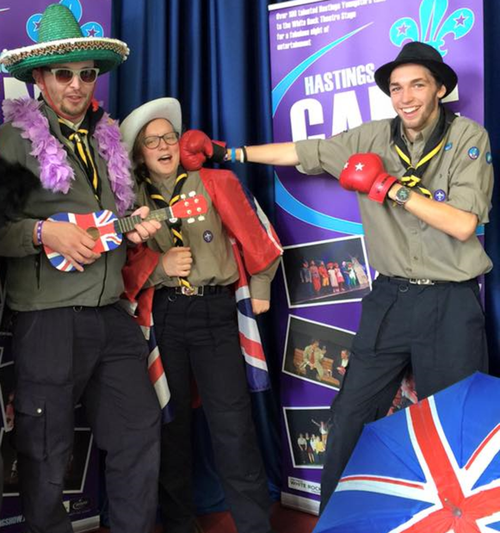 Robert Wyatt has been a key asset to Hastings, Rye and District Scouts for many decades, although for a while the district commissioner (Judith Collins) for Hastings has taken a dislike to Rob. This has lead to various incidents over the past few years when Judith has threatened him for the most petty things. Finally she had clearly had enough of Rob, to such extent two weeks before her resignation Rob gets dismissed from scouting due to using expletive language to a 17 year old explorer who soon is to become a leader. He did this by mistake when talking to the explorer, so I don't feel this is a reasonable reason to suspend a long serving respectable leader.

Furthermore this has lead to him being removed from the Hastings Gang Show this year, again I feel this is a bit cruel, as Rob was looking forward to performing in the Hastings Gang show this year. Taking this on board Rob then proceeded to watch the show today (28 November) and was told by Judith as he entered that he "isn't allowed to engage in any scouting activities" and therefore was asked to leave despite paying for a ticket.

These actions also leave an explorer and scout group without a leader, when speaking to Rob's scouts & Explorers, they seemed generally shocked by these actions and questioned why this decision was made.

One of Rob's previous scouts and now explorer went on to say "Rob is a reliable leader. He can organise large trips and days out with scouts and explorers. He gets along with everyone and no one dislikes him, he also goes out of his way to ensure all of us are looked after and have an enjoyable time. His ability to organise nights out in and out the hall is also excellent."

Please sign this petition if you feel Rob should have his suspension overturned as soon as possible allowing him to remain with his much loved explorer and scout groups.