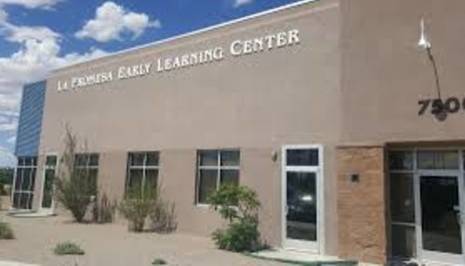 On January 9, 2017, the Director of La Promesa Early Learning Center found out through a mass distribution email that the New Mexico Public Education Department (NMPED) Director of Options for Parents, Katie Poulos, along with NMPED Deputy Secretary of Finance, Paul Aguilar, were making a recommendation to revoke the school's charter (close the school). A notification was not sent to the Director prior to this date. The school and parents learned of the possible school closure through the local media.

LPELC was originally told they would have time to repair their finances. This was communicated to the school on August 12, 2016 when the NMPED staff suspended the school's board of finance. Without warning and in only five short months, the NMPED has announced they are recommending revocation. No new concerns regardng finance were ever communicated to the school. The recommendation to revoke is based only on old information.

A revocation at this juncture is unprecedented. Individuals who choose to research other Board of Finance suspensions will find other suspensions were brought about by more serious issues of fiscal mismanagement. Treatment of charter schools should be consistent.

Since August 2016, the school's leaders have not been contacted by members of the Charter School Division. The school has remained under the impression that goals were being met both academically and operationally. Monitoring visits have not occurred.

The NMPED's recommendation is partially based on the school's 2016 letter grade. School letter grades are based on a value added system that no one in the public education department can adequately explain. In reading the 2016 school letter grade report, one will easily notice that the school increased proficiency in math and reading between April 2015 - April 2016. Even though proficiency increased, the school's letter grade fell by two whole letters. LPELC has in place three academic performance indicators that were approved by the Public Education Commission. The school has satisfied the three indicators since they were finalized and has already met or exceeded the indicators in math and reading within the first half of the 2016-2017 school year. La Promesa is unlike any other school in the city- the school has a 100% economically disadvantaged population, over a 70% English Language Learner population, is a school-wide Title I program, and employs a dual language model.

The NMPED has made claims that LPELC has continued to mismanage finances. However, the school's finances are now managed by a NMPED-assigned contracted business manager as well as the NMPED director of school budget and finance with assistance from a NMPED-assigned budget analyst. All of the school's authority to use its budget undergoes three levels of approval from the individuals listed above.

LPELC Administration has done the following to rectify the school's operational and academic difficulties:

We are hopeful that members of the Public Education Commission will continue to work with the school so that we may demonstrate the progress we have made as well as our staff's commitment to continuous improvement.