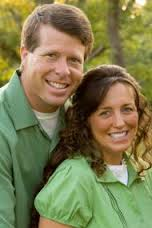 Keep Morals & Family Values on the Air: Keep 19 Kids and Counting on TLC!

As Christians and supporters of family, we are appalled at the possibility of the cancellation of TLC’s 19 Kids and Counting. We support the Duggars wholeheartedly.

Let's show the Duggars that they are not alone! The Duggars have shown the world what it looks like to follow the Bible and live as a family. We are grateful for their example!

KEEP 19 KIDS AND COUNTING ON THE AIR!

Why we support the Duggars …

In a world where we have to censor the television for the safety, sanity and sanctity of our children, there has been hope and refuge for our family of ten in watching family based programming such as TLC's 19 Kids and Counting. Jim Bob and Michelle Duggar, the stars of the show, have inspired our family and so many more. As of late they have been under fire and many have called for the cancellation of the series.

The following statement by Michelle sparked much of the controversy:

"Hello, this is Michelle Duggar. I’m calling to inform you of some shocking news that would affect the safety of Northwest Arkansas women and children. The Fayetteville City Council is voting on an ordinance this Tuesday night that would allow men – yes I said men – to use women's and girls restrooms, locker rooms, showers, sleeping areas and other areas that are designated for females only. I don’t believe the citizens of Fayetteville would want males with past child predator convictions that claim they are female to have a legal right to enter private areas that are reserved for women and girls. "

Like Michelle, our family stands for the future of a better America and sees the implications of the laws being passed in our nation. We stand with them. Their family site states that their desire is to make Christ known and for others to see that the Bible is the owner’s manual for life. We stand with them.

Stand with us as we stand with them. Sign the petition today.