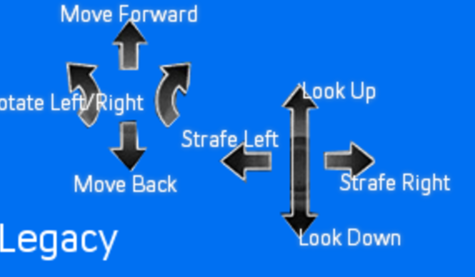 This is a petition for the XBOX ONE controller remapping software to include LEGACY CONTROLS!!!

For decades Legacy Control layout users have suffered from not being able to play countless blockbuster titles because the developers choose to ignore us. The Fallout series, Bioshock series, Farcry series, Rainbow Six Siege, Overwatch, the list goes on...

But Microsoft... YOU have the chance to make things right. The controller remapping tool can REMAP VIRTUALLY EVERYTHING (especially for the Elite Controller)... It has every single control layout EXCEPT for Legacy.... It is a simple swapping of the x-axis on the left thumbstick with the right thumbstick.

That is all it takes in the CronusMAX controller modstick... But it's not an official Microsoft Xbox item and forces players to be bound to wires in order for it to work.

ENABLE THIS SETTING IN THE REMAPPING SOFTWARE!!!