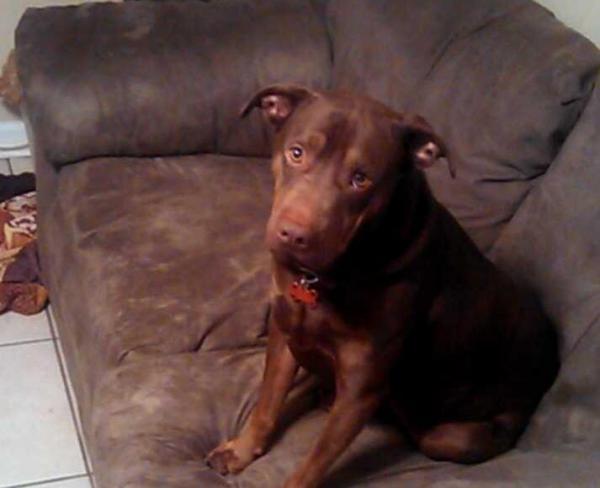 They have been pre-determined as dangerous by city animal control based solely on the testimony of one man and his personal friend, who was not with him when this happened, but claims to have seen it from down the road. He provided no medical records to show that he was actually hurt, and none of the other criteria, which the law states will be used to use to make these determinations, were considered. It was based on nothing but what this one person claims.
If Kira is officially determined as dangerous she will not be allowed to leave my room except to relieve herself and go to the vet, and at those times she has to be on a leash and wearing a muzzle at all times. In addition to severely crippling Kira's quality of life, I've already had to pay nearly $500, as well as miss time from work to deal with this and keep Kira out of the pound. I will also be forced to pay $600 a year in fee's and required insurance, as well as contact the city if I ever change my living situation so that they can come inspect my new home if I am not able to overturn this decision. Kira has never shown aggression toward a human a single time in her life. Many of you have met Kira and know that she's a sweet dog who wouldn't ever be aggressive toward a human in any way. Please help me overturn this decision by signing my petition, as well as leaving a story you may have about Kira.
Thank you so much!