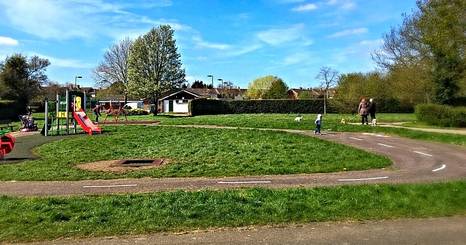 Keep kids safe from dogs and mess at Mopsies Park !

The area has just had installed a nice new park area for young and older children to play. But have left out vital protection from dogs and mess.

As a local dog owner and parent of a small child, I can see potential hazards by not having a fence around to perimeter of the younger kids play area.

Not everyone one like dogs or may have had a previous experience and I can see when my freindly dog approaches how nervous the parent can be.