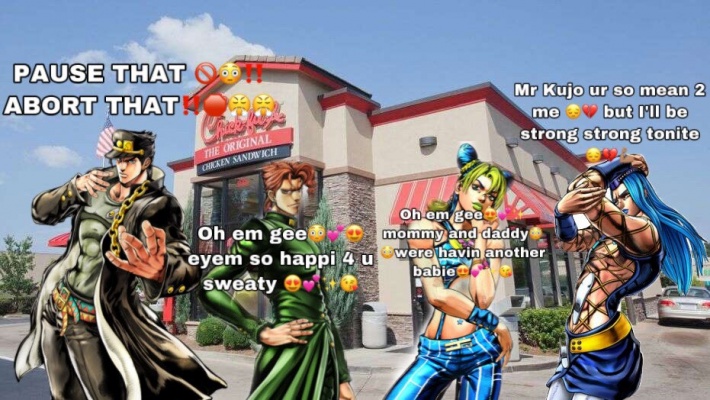 Johoe's Bizarre Adventure is a parody spinoff series of edits, which originated on Discord. Currently, the creator of Johoe's is working on Season 4 of the series. This means that there will be a new plot, new characters, and an entirely new story.

Noriaki Kakyoin, originally a character of JoJo's Bizarre Adventure, will be returning in Johoe's Season 4. The last time Kakyoin was seen in Johoe's was in Season 3. He is returning in Season 4, only to be killed. I do not believe this is a good reason to bring back Kakyoin.

Even though he was already killed in JoJo's Bizarre Adventure, I believe that Johoe's can contain a different storyline, where Kakyoin still lives. If Kakyoin doesn't live, many people will be in despair over his death, including me. His death would haunt people for the rest of their lives, because he died twice. Having the weight of two deaths on your shoulder really brings your mood down. I myself am a huge fan of Noriaki Kakyoin, so it would truly affect me in a heartwrenching way. Alyssa, please let Kakyoin live in Johoe's. He doesn't need to die. This is why I believe Noriaki Kakyoin should be kept alive in Johoe's Bizarre Adventure.