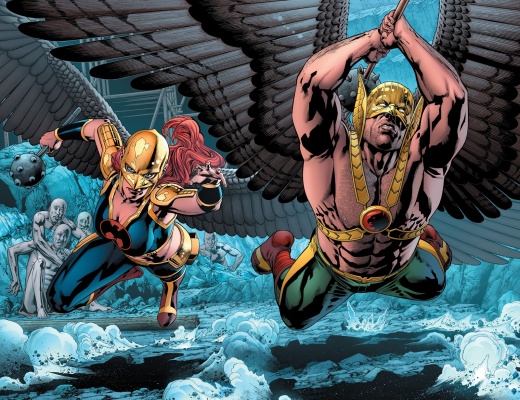 Tim Board 0 Comments
36 people have signed. Add your voice!
4%

Since June 2018, Hawkfans have enjoyed a great Hawkman series by Robert Venditti. During the last two years, Venditti has taken a superhero who is often called the most confusing character in comics and reinvented him. He has been given a new origin, new powers, an amazing spaceship, and many previous lives that we never knew about, including lives on Krypton, Rann, and New Genesis. He has finally been reunited with Hawkwoman and they have broken the curse of reincarnation. The story is just starting.

Hawkfans want to see the story of Hawkman and Hawkwoman continue in some form. We are asking for DC Comics to cancel the cancellation and allow the series to go on. If floppies are too expensive, we are hoping the stories keep coming in at least digital form, with a collection released every year. We want some kind of announcement from DC that the series will continue. It appears that Venditti is taking on other projects so the writer may change, but we still hope to see the story continue. If you want to see the series continue in some form, please take a minute to sign the petition and show DC Comics and AT&T that Hawkman has a strong following and we will continue to support the comic. Keep Hawkman Soaring!