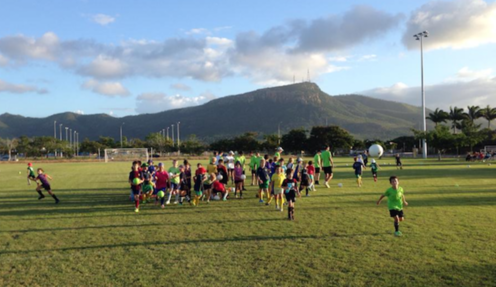 I am a parent and long-term volunteer in football. It is clear to me - and many others inside and outside of Townsville who I speak to - that Football Queensland is positioning to hand the NPL license for Townsville to North Queensland Football (NQF).

This is apparent through actions they have taken in recent times to deny our senior women an opportunity to play in the Women's NPL, despite Northern Fury having arranged for a financial contribution to be made directly to FQ for this purpose, and not allowing the U-20 men's team to be included in the local premier league competition.

What this means is that the senior women will be playing at a local level, when they are good enough to be playing in a statewide competition, and the U-20 men will not have proper competitive games at all.

This is further demonstration that FQ and NQF are not interested in the growth and development of the game for the benefit of young players. Instead, they are making it difficult for Northern Fury to offer a full suite of activity for its players and are denying them the opportunity to play at the highest level available.

At Northern Fury we have very dedicated, committed and experienced coaches, managers, support networks, players and administrators. Other than the positions of Director of Coaching, Technical Director and Goalkeeping Coach - all fully qualified and professional - every single person involved with the club is a volunteer.

As a football community, we are extremely lucky to have people involved with our club who have years of football experience, love the game and are totally invested in its future. They are highly respected within the Northern Fury and the broader football community. Why change that?

Our U-12 boys are a great example of what the Northern Fury has achieved in the last four years. Every single one of those boys have grown up with the Northern Fury and are so excited to be a part of the club. It was their goal to be selected as a Northern Fury player and they are very proud to say that they are. It is a very talented group of boys who love their football and are striving to one day represent their state and country. Isn’t that what we are trying to achieve?

I am discouraged by all the talk from NQF and the politics associated both at club, NPL and state level.

The decision by NQF to bid for the license themselves has arisen because of differences between NQF and Northern Fury over the past four years - differences which NQF has done little to solve, which they should do as the representative of the governing body in this region. Many of their actions have done the opposite and deliberately worsened the schism - such as the decision regarding the U-20 men.

The Northern Fury has been an integral part of supporting a pathway for ALL its players for many years. Yes, it has not always been perfect, but what has NQF done to address these issues in a constructive way? Where is the evidence that they have worked WITH Northern Fury and not undermined it?

The young people of Townsville need the NPL pathway. With their experience, knowledge and ability, Northern Fury are the best ones to deliver it.

Please support this petition for Northern Fury to continue with the NPL license for the next five years (2018 to 2022 inclusive).