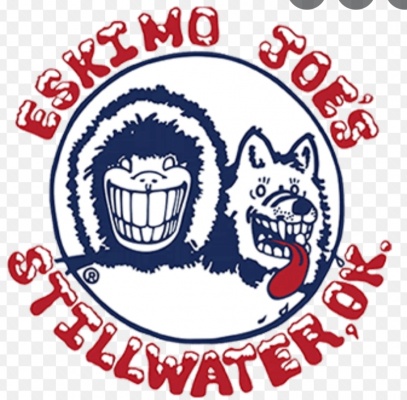 Oklahoma treasure Eskimo Joe's is under attack by those seeking to destroy the name.

Say NO to name changes for Eskimo and Mexico Joes!

Say NO to logo changes for Eskimo and Mexico Joes!

Eskimo Joe's was opened by Steve File (who came up with the name) and Stan Clark (who later purchased File's interest and became sole owner), two graduates of nearby Oklahoma State University (OSU), on July 21, 1975. Originally, Eskimo Joe's was only a bar, but when the drinking age was raised from 18 to 21 in 1984, the business became a restaurant as well. The name came from the desire to express that Eskimo Joe's had the coldest beer in town.