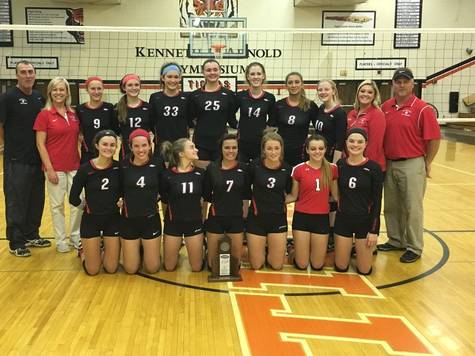 As some of you may have already heard, the athletic director, Troy Barr, has chosen not to renew Coach Ed's contract. After speaking with many parents and players we decided to get a petition to try and save Ed's job.

Ed has built the Bullitt East volleyball team to what it is today. When he took over as coach in 2010 Bullitt East's record was 6-21. This year, the record was 26-10. At one point during the 2015-2016 volleyball season, Bullitt East was ranked #11 in the state. We not only made it to Districts again, we were runner up. We moved on to Regionals before our season ended.

Ed not only is a great coach on the court, but his desire and level of commitment to be successful translates to the girls on the team and makes lasting, positive impressions for them off the court as well.

He takes pride in his volleyball players. His compassion and love for his team shows. One instance of this showed up at our most recent banquet as he got choked up in speaking about his players. He said it is hard every year when he loses seniors after coaching them for a few years.

Lets please get this petition signed by parents and players so that we can have Ed as the Bullitt East volleyball coach next year!!