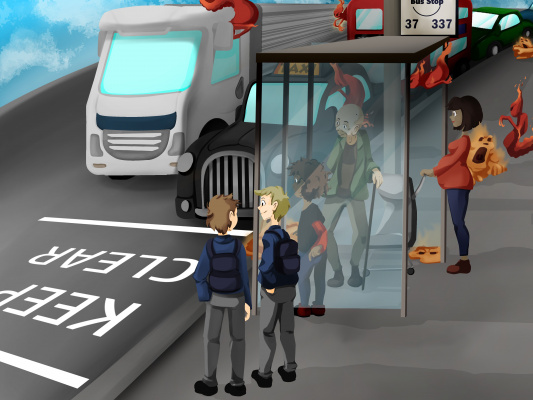 To the Mayor for London, The London Assembly and TfL.

Children travel to nursery and school during the morning's peak pollution time and are directed to wait at bus shelters, some only a kerbs width away from slow moving and idling traffic.

A child’s lung function is reduced due to repeated exposure to traffic pollution. The closer a child is to a vehicle’s exhaust the higher the concentration of toxic pollutants they breathe.

Children breathing vehicle exhaust take harmful levels of NO2 deep into their lungs inflaming and irritating their airways. The microscopic particulates (PM2.5) cross into their bloodstream and travel to their vital organs. Air pollution stunts the growth of children's lungs.

Studies show that reduced exposure to air pollutants can lead to a decrease in hospital admissions for respiratory complaints, a lower prevalence of bronchitis and respiratory infections, and improvement in lung function growth rates.