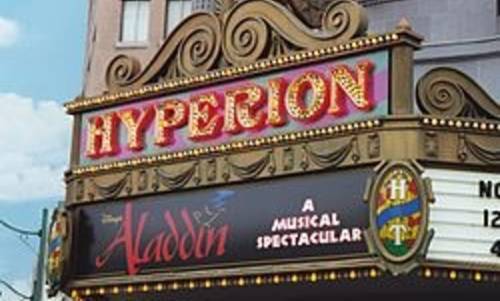 Keep Aladdin at the Hyperion

It was recently announced that The Hyperion Theater in Disney's California Adventure would be saying goodbye to the long running Aladdin show to make way for YET ANOTHER Frozen show.

I acknowledge that Disney is a business and they want to make money, but the Hyperion is a free theater to get in to and I do not think there will be an increase in park tickets by having the show be changed to Frozen. Frozen is also no longer the most recent award winning movie from the studio (thank you Big Hero 6) so it no longer makes sense to be putting the film on a pedestal.

So it's time to let Disney know just how over Frozen the attendees who actually pay for the park admittance are and sign a petition to try to keep Aladdin in the Hyperion and keep Frozen out. They already have a Fozen show at the Fantasy Faire theatre and that's enough.