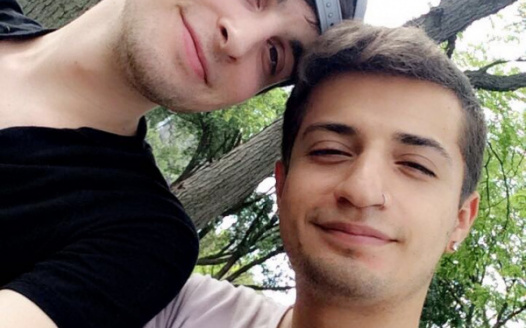 I love Abimael Avendano. A lot of people do. He is being deported.

He is being removed from the love of his family, the support of his friends, the familiarity of his culture, and the progress of his journey. Everything he knows and loves. Everyone who knows and loves him.

He was brought to the states when he was a toddler. Thanks to our current administration Abi went from being a non issue to a priority. He was followed from his home and arrested over two weeks ago, and he has been in Douglas County Jail since.

Like many of us, Abe has marijuana related, victimless misdemeanors, which are often the end of the road for undocumented citizens. Of course those who care for him are hoping and praying for a miracle.

He is an American. This is his whole life. This is his everything. He went to school here. He works two jobs here. He pays taxes here. He has a wide circle of friends that care about him. His family loves him deeply. He is a has had to overcome many obstacles in life but remains a gentle man who enjoys yoga, poetry, nature and community. He is also a hard working, passionate, empathetic, adventurous, and driven person who is far from the drain on society that many people claim undocumented people are. He is an American.

Imagine being dropped off in a country where the only people you know are your most extended family, people you see maybe once a decade. You don’t know the states or the cities, let alone the streets or the public transport. You haven’t had a real meal in weeks. You’ve been removed from every single thing and person you know and love. As a country, we should be better than this.

Hopefully a decent amount of people in our community can come together and grab enough signatures to prove that Abe is more than welcome here, and that we do not support the targeting or removal of similar cases in Omaha.