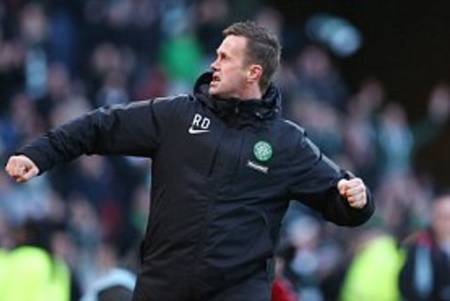 Keep faith in Ronny Deila WE ARE CELTIC

Many Celtic fans are losing faith in our Ronny, a man who nearly won us the treble last season and is on course to do so again! He brought us to the last 32 of the Europa league against inter, drawing 3-3 in what was an amazing match against Inter, we were robbed by disgraceful reffing in the second leg when Van Djik recieved two unnecessary yellows. We are Celtic, we aren't oil rich, we aren't plastic. We're a minority in the footballing community but regarded as having one of the most amazing fan bases out there.

RD won the Norwegian league with a team with no real talent or history who hadn't won it in 43 years nor were never runners up prior to his management. He did what a lot of managers could never do!

People are Calling out for Larsson and Moyes, neither have ever won a single title or cup.

Have faith... We are celtic, we can do this. He can't manage a team without the 12th man.. He may not be a Jock Stein or an Alex Fergusson... But we won't know until he has his time

More importantly, do you see Arsene Wenger getting sacked when he fails to win the league or gets knocked out of the champions league? No because he has faith behind him