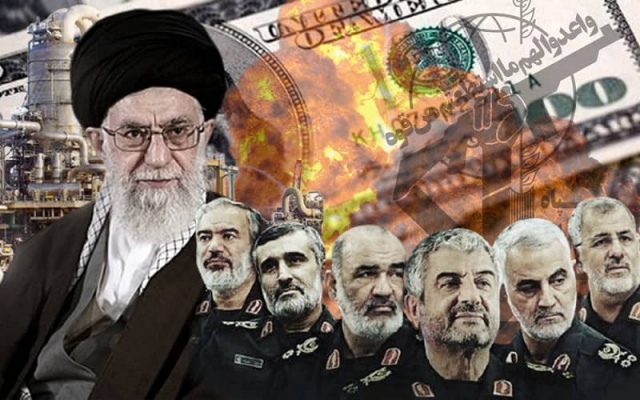 562 people have signed this petition. Add your name now!

The Honorable Members of the US Senate

The Honorable Members the US House of Representatives

In the current round of nuclear negotiations in Vienna, one of the Iranian regime’s top demands is removing the Islamic Revolutionary Guard Corps (IRGC) from the United States’ list of Foreign Terrorist Organizations (FTO). This demand is certainly not accidental, and unquestionably against the will and interest of the Iranian people, and a direct threat to the advancement of democracy.

The IRGC is the tool of terrorism abroad and repression of people on the streets of Iran. This instrument of terror safeguards the religious dictatorship in Iran, and continues to impede all progress towards human rights. The IRGC was first added to the Specially Designated Nationals and Blocked Persons List (SDN List) in December 2007 for supporting Tehran’s effort to secure weapons of mass destruction, and ultimately to FTO in 2019 for terrorist activities beyond Iran’s borders. The FTO designation has effectively handicapped many of the IRGC-related foreign financial transactions, and therefore its ability to export terrorism and impose repression.

It is certainly noteworthy that IRGC has not shown the slightest indication of good faith efforts in halting malign behavior or advancing democratic institutions. To the contrary, the IRGC is playing a bigger role in creating proxy naval terror units, employing UAVs for terror operations, and funding terrorism around the globe.

For over a century, the people of Iran have struggled for freedom from the tyranny of the Shah (and his predecessors) and the mullahs currently ruling in Iran. As you yourself have repeatedly declared, we ask that you stand with the people of Iran in their demands for peace, freedom and a non-nuclear, secular Republic of Iran. More than ever, global efforts in protecting civilians and defending a free world are paramount. It is critical that the administration maintains its current posture towards the IRCG, and extend the sanctions to include its front companies. Removing IRGC from the FTO list will be a blatant disregard to the hope and legitimate struggle of Iranians in their struggle for freedom and dignity.

As Iranian-American scientists, academics, and professionals who are deeply concerned about the suffering of the Iranian people under the brutal IRGC forces, we respectfully ask that the IRGC remain on the FTO list.