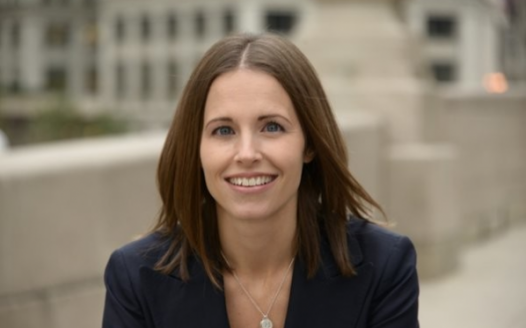 The Chicago Bar Association is holding its elections on Wednesday, March 18th - sign this petition to elect Katie Liss, the former Chair of the CBA's Young Lawyers Section, as CBA Treasurer!

Katie, a working mom of three, would bring both age and gender diversity as well as leadership and energy to the CBA Executive Leadership Team. If elected, Katie would be the 3rd woman in the current 10 year leadership line up headed to become CBA President. Katie's dedication to the CBA is unwavering as demonstrated in the following ways: continued support of the YLS' members and programs; creation and execution of multiple CLE's - most recently the CBA's 2nd Annual Working Women's Summit; active involvement in CBA committees such as the Human Trafficking Committee (founder and former Chair), Alliance for Women, Finance and Membership Committee, Record Editorial Board, and Wellness Committee; and support of law students via the creation of the CBA's and DePaul's joint Build Your Network Mentoring Program.

Katie is the right candidate for CBA Treasurer!