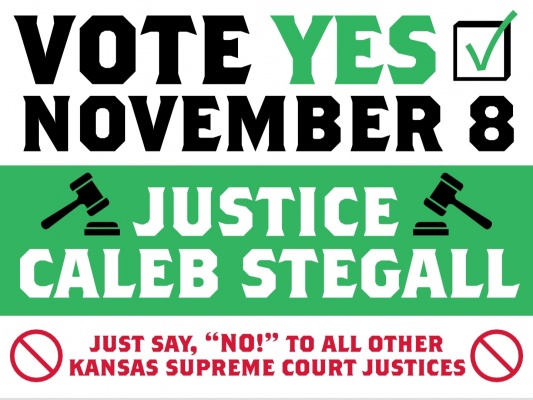 By signing this petition, you are pledging to vote "Yes" to Justice Caleb Stegall and vote "No" to all other Kansas Supreme Court Justices on November 8th.

“…. the language in section 1, the state's founders acknowledged that the people had rights that preexisted the formation of the Kansas government…. which includes the ability to control one's own body ….this right allows a woman to make her own decisions regarding her body, health, family formation, and family life—decisions that can include whether to continue a pregnancy….”

This decision was based on Section 1 of the Kansas Bill of Rights which states, "All men are possessed of equal and inalienable natural rights, among which are life, liberty, and the pursuit of happiness." From this, the court concluded a woman may end the life of her unborn baby if that aids in the woman’s pursuit of life, liberty and happiness.

It doesn’t take much to realize this court decision deprives the preborn person the same inalienable rights afforded to the born persons thus is an unconstitutional court opinion.

This November, Kansas voters have a chance to vote on whether to retain six Kansas supreme court justices.

Justices Marla Luckert and Dan Biles issued an opinion in favor of Hodes & Nauser. Vote NO this November on Justices Luckert and Biles.

Justice Caleb Stegall was the only justice to dissent in Hodes & Nauser. Vote YES this November for Justice Stegall.