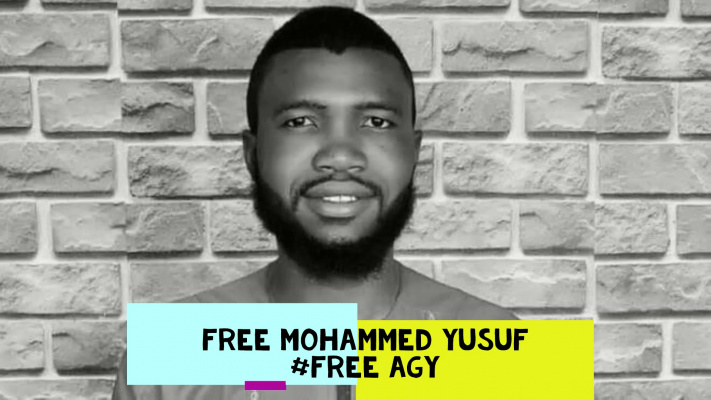 CORA/Arterial Network Nigeria notes with concern, the reported arrest, detention and imprisonment of a Kano-based musician, Mohammed Yusuf, also known as AGY. According to BBC Pidgin, a court in Kano State has sentenced AGY to two years jail term for allegedly insulting Kano State Governor Abdullahi Ganduje. AGY was reportedly convicted on three-count charges of releasing a song and shooting a video without Kano Censors Board’s permission as well as insulting the governor with the lyrics.

The first two counts, according to BBC Pidgin, attracts one year jail term with an option of N100,000. However, the alleged insult on the governor was said to be punishable with one year imprisonment without an option of fine.

The artist was reportedly arrested by the police on Tuesday 18 June 2019 and sentenced on Wednesday 19 June 2019. This followed a previous arrest of another artist Sanusi Abdullahi, popularly known as SK in what turned out to be a mistaken identity. The defense counsel to SK, Barrister Tajudeen Abdullahi, told BBC Pidgin that the manner with which the prosecution of AGY was carried out was concerning.

To this end, we the undersigned hereby condemn these actions by Kano State authorities and call on all artists, cultural activists, the Nigerian and international human right community to sign this petition demanding: