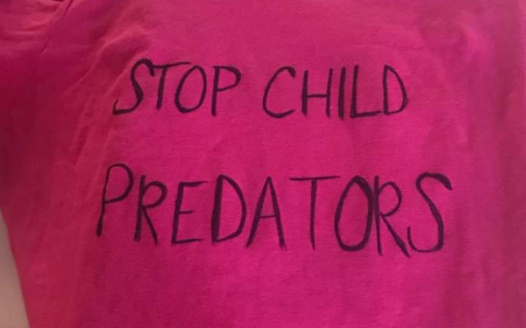 Wendy Howard is a single mother from the small town of Tehachapi California. Wendy was married to an abusive man and finally in 2006 when her 14 year old daughter came to her saying her step father had been molesting her wendy finally hit her breaking point. She reported it to the Kern County Sheriffs Department who upon "investigation" decided there was not enough evidence and the case was dropped. Wendy maintained her restraining order and divorce when she decided to let her youngest daughter start a relationship with her dad. Things were ok for a while then Wendy became aware that he had in fact started molesting the youngest girl. Wendy again reported it to authoritys. She was told to "play it cool" until the investigations were finished. Four days later... He came to Wendys home and threatened to kill her. In fear of her and her childrens lives she did what every not only woman but any person with half a brain would do and shot him when he charged at her on a quad. Wendy went to the people who are "supposed to help" and the people who are paid by our tax dollars to protect our children and was basically swept under the rug. They reported abuse and were hushed. Now Wendy is sitting in Kern County Sheriffs Department custody being held on a million dollars bail. Her bail reduction hearing was denyed and her babys are going threw the biggest nightmare and need thier momma. The story can be seen on kern17news.com. It is not only her job as a mother but her constitiuional right to defend herself her children and her property as long as she was in fear for thier lives, and how could u not be in fear of a man who beat u and hurt your children. I am asking that you take the time to go to the news page and listen for yourself and then please sign this petition. Thank u for your time and God Bless You!