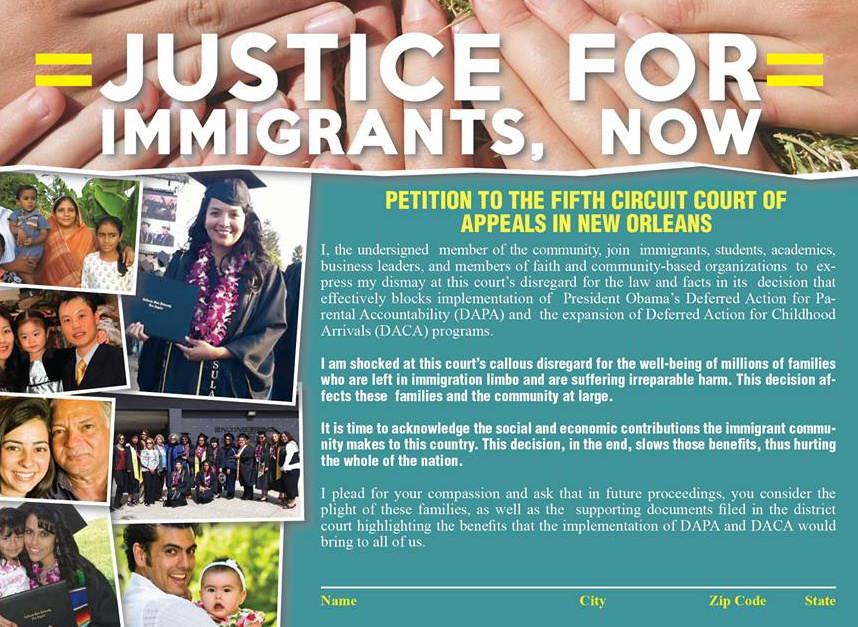 THE ORGANIZERS OF THIS CAMPAIGN ARE NOT ASKING FOR DONATIONS. WE'RE JUST ASKING FOR YOUR SUPPORT BY SIGNING.

On November 20, 2014, President Barack Obama announced that the U.S. Department of Homeland Security (DHS) would not deport certain undocumented parents of U.S. citizens and parents of lawful permanent residents. The president also announced an expansion of the current Deferred Action for Childhood Arrivals (DACA) program for youth who came to the United States as children. Under these presidential actions these parents and youth may be granted a type of temporary permission to stay in the U.S. called “deferred action” which allows them to work and contribute to the U.S. economy.

Please Help us Save DAPA & DACA by signing the petition.