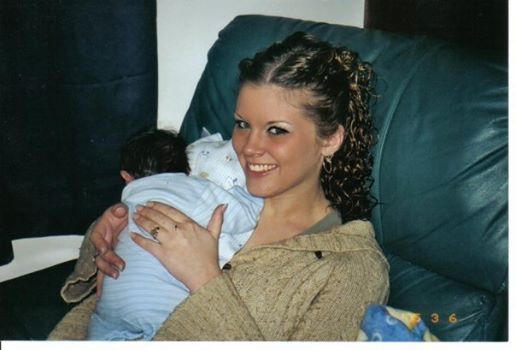 This is a petition to oppose the release of inmate Jeffrey Ferrell Hill for the murder of Amanda Lea Haywood on March 11th, 2005. Jeff was only sentenced to 10 years for involuntary manslaughter and has currently done 8 of those 10 years. He is coming up for parole and is attempting to be released. We need as much support and help as possible to make sure that he serves his entire sentence, if not more! I am going to copy and paste an article from 2005 so please feel free to judge the situation as you see fit and if you find it in your heart to support this 19 year old angel and the justice that she deserves, please sign this petition and forward it on! Please keep in mind that he was considered for malice murder and only convicted of involuntary manslaughter. The judge's first words were "I agree with Mrs. Hayes, you got lucky" Something didn't add up there and we were told then he had no chance of parole. This will be his 2nd attempt as he was denied the first one.
He killed her of something that upset him but he couldn't even remember what she said. Do we really want someone like that released?
We do not want money but letters and a signature is all.
If anyone would like to write a letter to the parole board in support of his stay in prison, please do so by July8th at midnight and email them to msjessjessjess@gmail.com or lindseymburns@gmail.com. You will need to reference his inmate number:e.d.c.# 827896
Roswell man shoots girlfriend
Says slaying was accidental
by Rosemary TaylorMarch 17, 2005
A Roswell man told police he shot his girlfriend by accident Friday afternoon March 11, but police have charged the man with murder.

When police responded to the scene Hill told them he had shot Haywood by accident.

"She said something smart and I picked up the shotgun, pointed it at her and pulled the trigger. The gun went. I thought the gun was empty," said Hill to police.

From their preliminary investigation police say the shooting may have resulted from a domestic dispute.

Neighbors said Hill lived with his mother and sister at the home. His sister was present at the time of the slaying.

The entire street was shut down for several hours during the investigation, leading neighbors to wonder initially if the incident had anything to do with the search for Brian Nichols. He was the suspect in the killing earlier that same morning of a Fulton County judge, court reporter and deputy at the courthouse in Atlanta.

"It was very tense around here, because nobody knew what was going on at first," said one neighbor.

Once Haywood's body was removed and Hill was escorted from the house in handcuffs, police told neighbors there was no connection.

Haywood was taken by ambulance to North Fulton Regional Hospital, where she was pronounced dead.

Hill was arrested and bound over to Fulton County Superior Court on charges of murder, felony murder, possession of a firearm during the commission of a felony and aggravated assault with a deadly weapon.