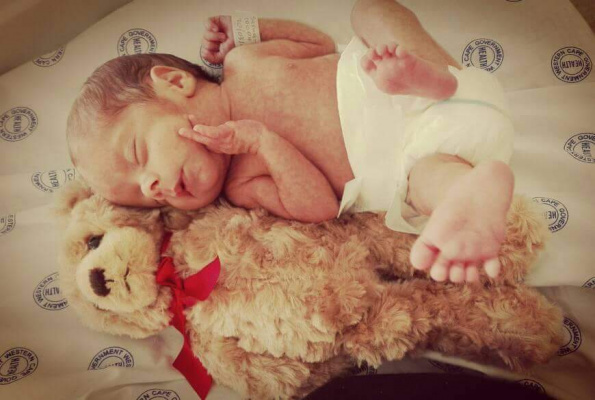 A year an a half ago my son died in my arms this was not the beginning or the end of a very long battle. The battle started when my son was alive and left untreated with breathing problems. I complained everyday when I was in hospital with him that something was wrong but this fell of deaf ears. Adam Bernard Sims was born at 29 weeks. I watched this very tiny person with a very big personality grow for 6 weeks. But it was an uphill battle and any tears. Never in my life did I think I would witness everything that I did. I would continuously complain about how my son was breathing an this would fall upon deaf ears the doctors and nurses would call me the complaints department and never took me seriously. My son died in my arms 24 hours after he was released from hospital at 1.8 kgs. I rushed him to emergency where I was turned away and I had two run up to the labour ward where finally someone would help. Adam was put on life support and declared brain dead as a normal mother would I grieved. I then went to find out when my sons body could be claimed and I was told I am not entitle to my sons body. After emails and a massive complaint to the super intendants of the paediatric section they found my sons boy 41 days later at an external place that they send bodies to be mass cremated. For 41 days my son was in a fridge that was not working and the state of his body was very decomposed. Being that small I knew I had to do something. Eventually I was able to have a funeral home claim Adams body. I look back and so much went wrong so quickly. I am trying to build a case against the hospitals, doctors and nurses involved. The people involved should be held accountable for this tiny little persons life and the mishandling of his body this was an innocent little boy who had no voice to speak out. THIS IS HIS VOICE, THIS IS HIS JUSTICE AND HE DERSERVES IT!

PLEASE SIGN THIS SO THAT I CAN PETITION THAT THE MEDICAL DOCUMENTS BE HANDED OVER TO MY LAWYERS AS THIS HAS NOT BEEN DONE FOR MORE THAN A YEAR.