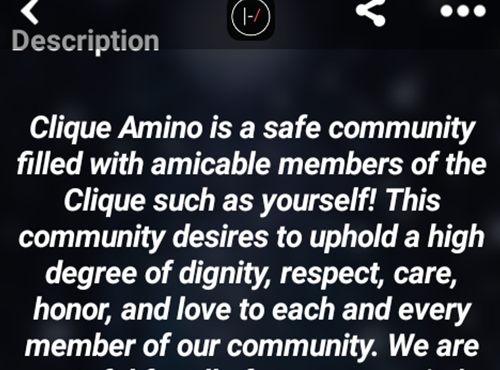 Justice in the Clique amino

In December of 2017, VagrantPenny ( http://aminoapps.com/p/bsyx2 ) was banned in the Clique amino ( http://aminoapps.com/c/clique ) under false accusations of bullying a leader there. Rumors were fabricated in order to turn the rest of the leadership team against, and ban, VagrantPenny. VagrantPenny had been in the amino for over a year, had been #2 in the Hall of Fame, and had been on the front page a few times. Throughout this time, there were no problems. The rumors are out of character and VagrantPenny would like to prove this. The leadership refuses to provide any evidence to prove the accusations true and refuses to give VagrantPenny the right to provide evidence that would prove innocence. This petition and its signers are in no way starting trouble. It is to receive the ability to clear VagrantPenny's name via being allowed to present all evidence. For a community that claims to be there for every member and stand against bullying, they should be willing to hear the other side of the story before throwing blame.

Please sign this so justice can be served. The law states you are innocent until proven guilty, and VagrantPenny is innocent yet labeled guilty with no evidence and no chance to prove innocence. If it weren't so, this petition wouldn't exist. Sign today!