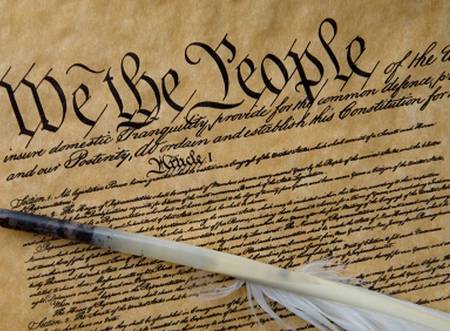 on September 10th of 2014, Rachelle Knight, formerly known as Rachelle Speights called Ketchikan Police Department and told them she was immediately followed into Safeway by Walter Reichard.She further stated that Mr Reichard followed her around while she was shopping, up and down the aisles, sometimes coming within arm's length. She claimed he was violating a protective order by doing this. He further stated that she was followed out of the store by Mr Reichard. Officer Christopher Travers responded to the complaint and watched the security video and wrote a report on the incident. Officer Travers stated that upon viewing the video it was apparent that Mr Reichard followed mrs speights immediately into the store and was staring at her menacingly Mr Reichard was arrested and held in jail for 45 days until the charge was dismissed by the prosecution. The prosecutor even attempted to offer a plea deal after seeing the warrant was obtained through deception by the officer prompting eventual aggravated damages in the pending lawsuit against the department, state, prosecutor and alleged victim. Actual observation of the video shows a clear time of over 5 minutes between the two parties ever entering the store. Never did the video show anything near what could be considered arms length. It also shows Mr Reichard becoming aware of Mrs Knight's presence at the checkout and him subsequently moving all the way to the other end of the store, as far away as possible, at the end of his transaction. Not follow her out of the store this officer not only by Alaska statutes, but by conscience, tampered with physical evidence. Statute 11. 56. 610 States that a person commits the crime of tampering with evidence if that person makes, presents, or uses physical evidence knowing it to be false, with intent to mislead a public servant, such as a judge, who is engaged in an official proceeding or a criminal investigation. Tampering is a Class C felony. Furthermore there is perjury. To obtain the warrant the officer had to swear under penalty of perjury that what he told the judge was factual. The video proved otherwise. There also was a breach of duty on behalf of the officer, and last but not least prosecutorial misconduct and malicious prosecution. Defamation of character is also a paramount concern. Upon release this video evidence was supplemented with an official court statement by the officer and brought to the deputy chief of the Ketchikan police department. He stated he would not prosecute Mrs. knight for filing a false report because she was a woman and it would look bad. A complaint was filed against the officer and the deputy chief said the punishment was confidential. This petition is an intent to hold all officers accountable for their criminal actions as well as a citizen for her criminal actions against another citizen. Officer Travers needs to be fired and prosecuted. Mrs night needs to be prosecuted. Her gender should not play any role in this and the officer should not be able to blatantly lie to a judge in order to secure a warrant. Help me hold these lawbreakers responsible and bring them to justice. Sincerely Yours, Walter Reichard