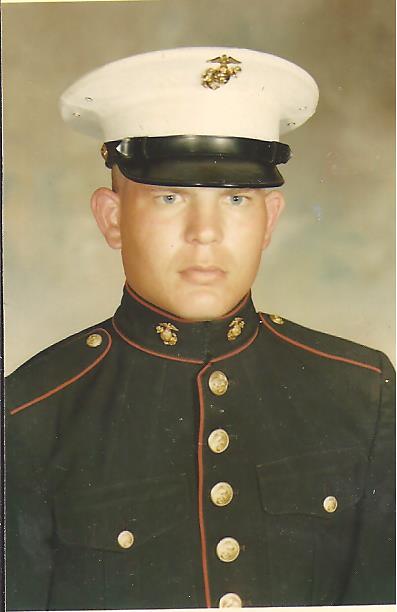 My husband is a USMC veteran. He was stationed at Camp Lejeune N. C. during the early 70's. Between the early 50's through the 80's Camp Lejeune had contaminated water from highly toxic waste. The government intentionally hid this knowledge for decades. When this issue finally came to light, there was practically no notification to any veterans, let alone minimal media coverage. These marines and there families that came through this camp are literally fighting for their lives. In 2012 President Obama signed into law, to able these veterans to receive medical care for the poisoning. The veterans administration are still sitting on their hands.

In February 2014 my husband Karle was diagnosed with "Stage 4 Esophageal Cancer". This is one of many documented illnesses these marines are being diagnosed with. We knew nothing about the Camp Lejeune water contamination, even after all these years. When my husband discovered the seed of his illness (Camp Lejeune), he immediately filed for 100 % service related disability. They told him since he was terminal, his claim would be expedited. 10 weeks later my husband lost his battle. I believe their definition of expedite is certainly different than mine.

Three weeks before he died he says to me, "Honey, I'm going to lose this battle and the US Government doesn't even give a damn!" My heart just broke! My husband Karle isn't here with us any more. But I, his wife, still am. And I will continue fighting this government of ours in my husbands name. The United States Government needs to answer to their crime of manslaughter. But most important, marines and their families, alive or passed must be compensated. They did not asked for a early death sentence! They did not ask to have male breast cancer. They did not ask for kidney cancer, esophageal cancer, Parkinson's disease, liver cancer and mountains more! I am only 1 person. If you agree that our government should escalate Camp Lejeune survivors claims. Instead of making people wait 1 to 7 years for compensation of any. Show your support for our men and women in uniforms and their families! We only want our country to love us, like we love our country! God bless each and every one of you for your support!