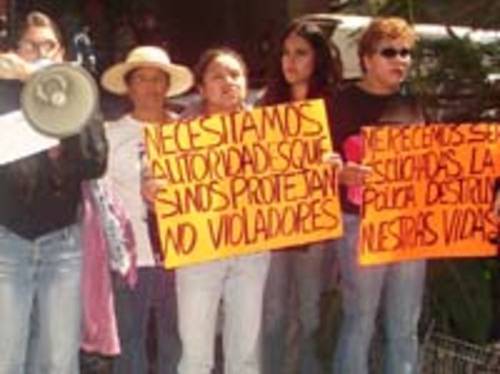 Justice for the Women of Atenco!

During a police operation in response to protests by a local peasant organization in San Salvador Atenco, more than 45 women were arrested without explanation. Dozens of them were subjected to physical, psychological and sexual violence by the police officers who arrested them.

More than five years later, these brave survivors are still waiting for justice.

Almost no progress has been made in over a year. Now is the time to push for real justice and remind the federal government of Mexico that it has the ultimate responsibility to protect the human rights of its citizens, and not to let this impunity continue.