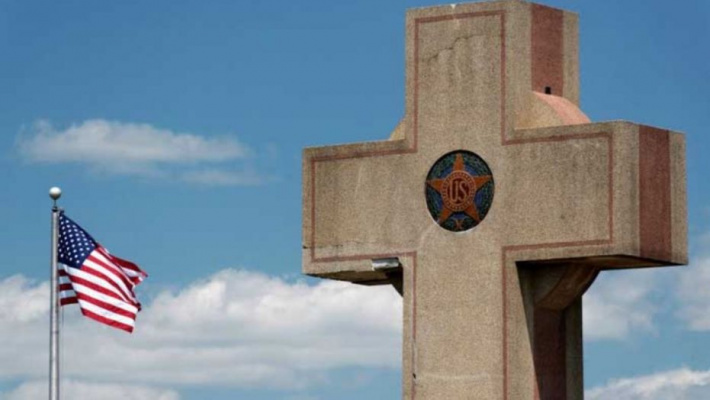 Justice for the Cross

the Fourth Circuit Court of Appeals agreed and ruled the historic memorial must be torn down -- all because the Bladensburg Memorial is in the shape of a cross.

The Fourth Circuit said the memorial excessively entangles the government in religion because the cross is the “core symbol of Christianity” and “breaches” the wall separating church and state.

Writing separately, Chief Judge Gregory wrote, “This Memorial stands in witness to the VALOR, ENDURANCE, COURAGE, and DEVOTION of the forty-nine residents of Prince George’s County, Maryland ‘who lost their lives in the Great War for the liberty of the world.’ I cannot agree that a monument so conceived and dedicated and that bears such witness violates the letter or spirit of the very Constitution these heroes died to defend.”

A militant group of atheists, agnostics and free-thinkers want to eradicate Christianity in the public marketplace. The only way to stop this evil scourge is for people of faith to stand together and fight back in the courts.

We must stand together as people of faith stop the courts from taking down our Crosses.