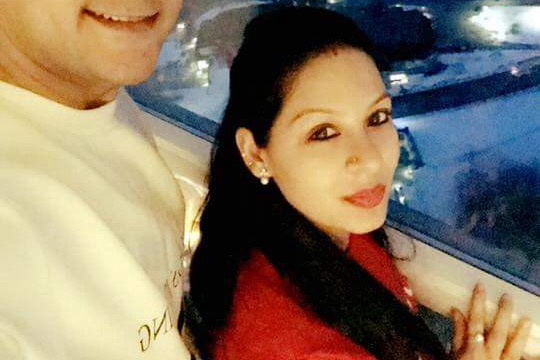 Ruma Amar, 29, was killed on March 17th,2018. She was a victim of a shooting which as not at intended at her. Polite, innocent and Humble are the words that can best describe Ruma Amar. Ruma used be one of our coworkers who was best at what she did. Clean at heart and had no intention ever to say anything bad or hurt anyone. Ruma became a victim of clash that had nothing to do with her. She was at the place at the wrong time. She was having a goodtime with her family. She was very happy as she just completed her first anniversary of her marriage and to add to her happiness she was expecting a baby soon. Ruma always used to say that my husband(Aman) will be my protective shield under all scenarios but who knew that she took that spot for her younger sister as well her better half. After losing her mother only 8 months ago, Ruma promised her sister she will raise her up like their mother did. Her dad is left in an unrecoverable pain when he placed her 29 years old daughter picture next to her wife`s picture in the living hall for the funeral preparations.

Her dads last word were ì lost my baby girl at a time when she told me my baby will help you fill your life again with all the happiness and replace h remorse and grief of your wife’s loss.

Ruma was a pure sole and we want Justice served for the loss of her life. Her family is broken due to loss of her life. We urge the police, government and all concerned authorities to help Ruma's Family get justice by punishing those who were being this heinous crime.

We cannot get Ruma back but the least what we can do is to help get justice to her and her family.

Please sign this petition to get further investigation in order to punish those involved for Ruma’s Untimely death.