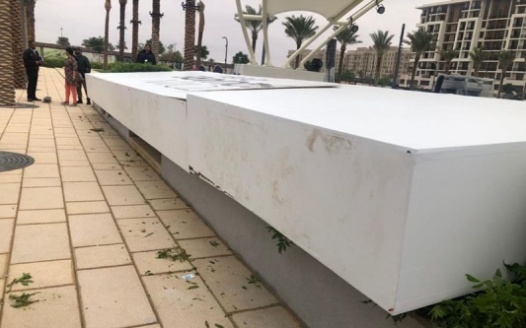 Justice for Rakan and Myra

Friends Myra Bonnici and Rakan Rafat Alomari, both 12, were sitting on a bench with their backs facing a wooden stage when the wall of the structure collapsed on them on January 10. Security guards rushed to help pull them from the debris, but Rakan was left paraplegic from the waist down after injuring five vertebrae in his back and Myra broke her arm and two vertebrae. Myra has not been back to school since the accident and requires two more surgeries. She also can’t sit or stand for long. Rakan had the spinal cord surgery, doctors recommended physical, occupational rehabilitation for him. The family moved him to Germany for an urgent three-week urgent rehabilitation process, however, they couldn’t complete his treatment due to the coronavirus situation and had to come back last month. Both families have written to the park’s developer demanding financial support for their children’s needs.Gulf News also contacted the developer who replied, “We have no comment while we are waiting to hear from the relevant authorities.” Although a criminal case has been filed by Dubai Police against the sub-contractor that built the wall on the site, both families feel that the developer needs to take the responsibility for not carrying out safety checks after the structure was installed. Both families have had no offer of help from the developer despite asking for intervention.