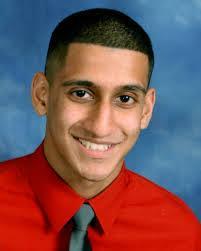 "Please note: This site is only for the signature campaign. Do not make any contributions for Pravin's charity through this site. The fundraising for Pravin's charity can be reached at www.justiceforpravin.org."
Request for further inquiry to reveal the mystery behind the death of Pravin M.Varughese
We, the undersigned, are very much concerned about the mystery behind the tragic death of Mr. Pravin M. Varughese, a criminal justice student of Southern Illinois University from Morton Grove, IL. He was found dead in a wooded area in Carbondale, IL after he went missing for nearly a week. We represent families from Illinois and around the country that are troubled by the series of events that preceded and followed the party Pravin attended. We strongly believe that the police and law enforcement authorities in our country are capable to reveal any untold stories behind this death through further inquiry. We need strong actions to prevent any such tragedies in the future.