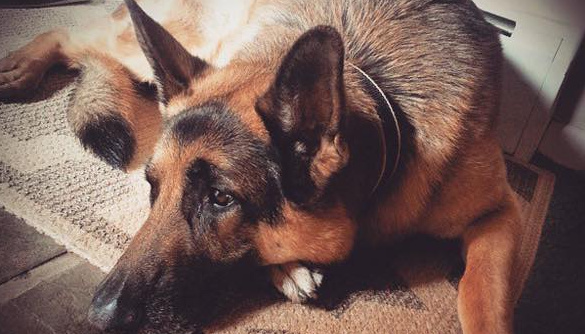 FIRE WYCKOFF POLICE OFFICER KYLE FERRERIA FROM THE POLICE FORCE FOR THE UNNECESSARY MURDER OF OTTO THE DOG.

The beloved german shepherd, Otto, who was gunned down unfairly and taken from us too soon. The truth will prevail. Justice will be served.

Otto the 5 year old non violent German Shepard was The Vukobratovics of Wyckoff's Beloved family pet. He was NOT trained as an attack dog. Friends and family will always remember Otto's playful and friendly disposition.

During the late afternoon on Wednesday, 4/29/15, the owner of 621 Lawlins Rd. noticed some unusual damage to a window in their home. Having a newborn in the house and not wanting to cause any immediate alarm, the neighbor visited the Wyckoff Police Department in order to file a report. He was told to expect an officer within the hour.

When patrolman Kyle Ferreria and his partner arrived at the scene, they responded incorrectly to the dispatch address of 621, and instead pulled up in front of 622 Lawlins Rd., the Vukobratovic residence.

The neighbors, quietly waiting for the police, knew something was wrong the moment they directed their attention to the incorrect house. They were unable to get the attention of the officers before patrolman Ferreria proceeded down the driveway, entered the gated backyard, and fired four times at Otto, who had entered the backyard from inside the house once he heard the gate close.

Patrolman Ferreria missed two of his shots, and the other two hit Otto in the side and back. Otto limped across the yard, leaving a trail of blood from where he was shot to the side of the house, where Otto laid, Otto desperately tried to get inside to protect himself.

The Wyckoff police department have offered no condolences to the grieving family. They are only trying to sweep this horrible incident under the rug. Officer Ferreria WASN"T AT THE RIGHT HOUSE, TRESPASSED ON PRIVATE PROPERTY, AND MURDERED A BELOVED FAMILY PET. Ferreria has not been penalized, reprimanded, or released from the department for his despicable, deadly actions.

SIGN THIS PETITION TO HAVE WYCKOFF POLICE OFFICER KYLE FERRERIA FIRED FROM THE POLICE FORCE!