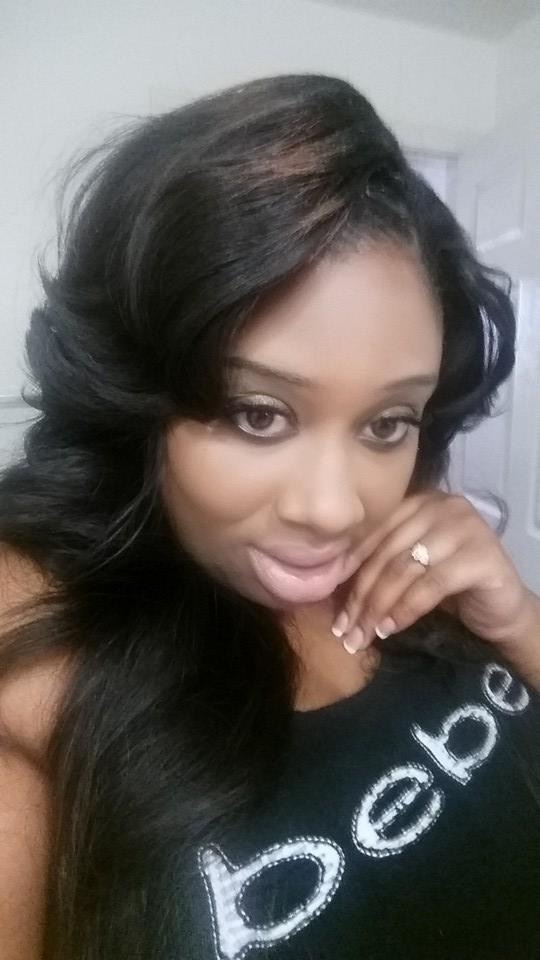 In Opposition: I am opposing 49-year-old Lamont Perry a felon of West Memphis, AR only being indicted for felony possession of a firearm. Lamont Perry claim self- defense in the murder of Naisha Pope. Mr. Perry’s actions before nor after the murder is not suitable for the claim that he was acting in self-defense.

In Support: I am in support of Mr. Perry being charged with the murder of Naisha Pope also of West Memphis, Ar. Mr. Perry’s actions are suitable for a murder indictment.

Naisha comes from a military background as her father Bernard Hodges was a US Navy Veteran of 20 years. Naisha supported her father through Desert Storm/Desert shield and several places around the world, along with four tours in Iraq. Naisha sent several correspondences to her father as well as care packages to his fellow shipmates and Marines. Naisha was very proud to assist in serving the US, so much so that before her death she went back to school to pursue a degree in the field of law.

Naisha was the mother of two beautiful children, 10-year-old Nickaylus Pope and 7-year-old Khalis Scott. Nickaylus to whom was present for this altercation, his recollection of the event was and still is the same. Being that the incident revolved around him, he blames himself. He still has nightmares after witnessing this tragedy.

My name is Andrea Hodges, I am seeking justice for the murder of my daughter Naisha Pope. I am enacting my First Amendment Right to the United States Constitution prohibiting the free exercise thereof; or abridging the freedom of speech, or of the press; or the right of the people peaceably to assemble, and to petition the government for a redress of grievances. I am on a mission not for revenge but for justice for my daughter’s murder.

On August 3,2017 Lamont Perry shot my daughter in West Memphis, AR, following a verbal dispute. Naisha was pronounced dead August 4,2017 at approximately 12:38. Chief Donald Oaks of West Memphis police department felt as though they had aggressively investigated the shooting and had enough evidence to charge Lamont Perry with murder in the first degree. Later Prosecutor Boone Nance drop the charge to Felon in possession of a firearm, stating “the case is still under investigation”. Bail was set at $7,500 and the case was turned over to Crittenden County Circuit Court, in which Rik Ramsey is the Deputy Prosecuting Attorney. Later to find out he is no longer working on the case. We have sent out letters to high officials such as Scott Ellington prosecuting attorney for the 2ND Judicial District of Arkansas. We still have no answers as to where the case is going. I agree the Fifth and Fourteenth Amendment of the United States Constitution granting Mr. Lamont Perry with the administration of justice through due process. I am imposing a miscarriage of justice in which the way the investigation was/is formulated.

What we know about Lamont Perry:

Mr. Perry is a known felon with a violent background. He has been charged with Aggravated Assault and with probation revocation which means he violated the statue of his probation.

On the night of August 3,2017 after the murder takes place Mr. Perry did not call 911 to seek help, he fled the scene in a West Memphis County work truck. It is my understanding he is not charged with fleeing the scene either. Mr. Perry also tampered with evidence by getting rid of the gun. Mr. Perry’s actions does not align with a self -defense plea.

What I am seeking:

Again, I am seeking justice for my daughter Naisha Pope. I’m also seeking support from my community through petition to have this properly investigated and to have myself and my family informed. I understand the scale of justice is not in my hands, but I am asking for justice as fairness in the eyes of the law. I would like Mr. Perry to be charged with the murder of my daughter. I also would like the West Memphis Police department as well as Crittenden Circuit Court to release information to me about the case.

I am asking each of you reading this to click on the link sign and share this petition. I am demanding the justice that my daughter Naisha, her children and our family is entitled to. I feel that we as a community should collectively have Mr. Perry removed from the streets because next time it could be you or one of your loved ones. I am requesting this under the statue of the law. I want to thank each of you in advance for your help and support.