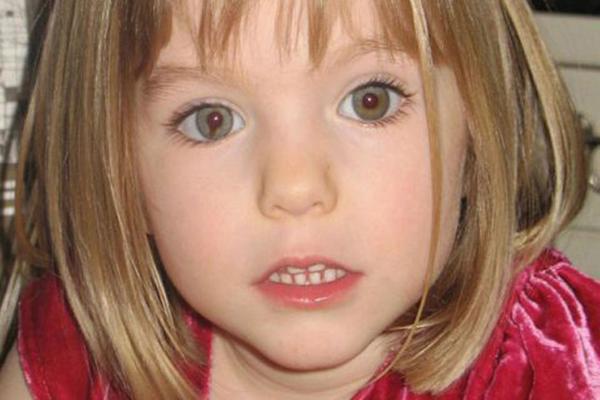 Justice for Madeleine...... The TRUTH is in front of your eyes!

1474 people have signed this petition. Add your name now!

This petition is to ask that the truth is told...
Madeleine McCann, a 3 year old English girl vanished of the face of the planet whilst on holiday in Portugal with her parents night of 3rd May 2007. It soon turned out to be probably most publicised case of child "abduction" in the history of the planet. An investigation was launched and went on for over a year and was archived late 2008 by the Portuguese Authorities.
Kate McCann claimed Madeleine was abducted within minutes of entering the apartment on the night of 3rd May 2007. Telephone calls were made to family members by Gerry and Kate McCann that night and conversations were passed to the press in England shortly after. Claims were made that the shutters of the apartment had been forced, these were later proved as false during the investigation, and that the only forensic evidence on the windows were five prints, three of the middle finger of the left hand and two of the index finger of the left hand of the mother of the missing child. Kate McCann.
The original senior detective, Goncal Amaral and his team believed there was evidence pointed to Madeleine having died in her parents holiday apartment. Leading to Amaral being tried in a Portuguese Court for defamation of the McCanns in his book which still hasnt been concluded to this day. Amaral claims that the book is based on fact in the Police files which were made public just before his book was released in July 2008.
Another thing that should be considered is despite the McCanns having spent millions of pounds donated partly by the public, which (in some reports) was in part used to pay for Libel & Extradition Lawyers, Lawyers, PR Firms, Private Detectives, Mr Clarence Mitchell McCann PR spokesperson) has stated that it is a "complete mystery" as to the whereabouts of Madeleine McCann.
Next to debate is that the whole abduction theory seemed to be based on Jane Tanners sighting of a "suspicious person" carrying a child away from the direction of the McCann apartment. Can I mention here in her statement Jane Tanner said she walked past Gerry McCann and another witness named Jez Wilkins just before seeing the "abductor", however in Gerry McCann and Jez Wilkins statements, neither remembered or mentioned seeing her. This being in a narrow lane, and again Gerry McCann doubted her statement further by saying he remembered speaking to Jez Wilkins on the opposite side of the road to which Tanner said in her statement.
SIX years later in the BBC Crimewatch programme, lead detective in the Scotland Yard Detecive Chief Inspector Andy Redwood all but dismisses Tanners sighting due to a "mystery" member of the public came forward to say it was him carrying his child back from a creche that was provided by the holiday company. This then as stated by DCI Redwood in the Crimewatch program, opened the timeline up to and including the time that another witness saw a man carrying a child in the direction of the beach at the resort at 22:00. This sighting was by an Irish holiday maker, Mr Smith and his family who all gave statements in 2007. They claimed to see the man walking hurriedly in the direction of the beach. After seeing a news report of the McCanns returning to the UK, Mr Smith contacted the Irish Police and gave a statement which was sent to the Portuguese Police and in the message the Irish Policeman Sergeant Liam Hogan said...

"I do not believe that Martin Smith is courting the press and my view his is a genuine person. He is known locally and is a very decent person."

Mr Smith statement to the Irish Police was as follows

"I saw Gerard McCann going down the plane stairs carrying one of his children on 9th September 2007 BBC news at 10 PM, I have been shown the video clip by Sergeant Hogan which I recognise. A clip I have seen before on the Internet. In relation to the video clips of Gerard McCann and the person I saw on 3rd May 2007 when I saw the BBC news at 10 PM on 9th September 2007 something struck me that it could have been the same person. It was the way Gerard McCann turned his head down which was similar to what the individual did on 3rd May 2007 when we met him. It may have been the way he was carrying the child either. I would be 60-80% sure that it was Gerard McCann that I met that night carrying a child. I am basing that on his mannerism in the way he carried the child off the plane. After seeing the BBC news at 10 PM, footage on the 9th September 2007 I contacted Leicestershire police with this information. During that time I spoke to all my family members who were with me on the night of 3rd May 2007 about this and the only one who felt the same way as me was my wife. She had seen the video clip of Gerard McCann walking down the stairs of the plane earlier that day. We did not discuss this until some days later."

An e-fit image that had been taken by the McCanns team of Private Investigators at the time of the statement being made was then shown. And claims were made in the press recently that these images were witheld by the McCanns team. The McCann's explanation of this claim was that they couldnt afford for an investigation into the Smith sighting along with the Tanner sighting which was later found to be false.
At the time of the Crimewatch program and the release of the e-fit, I know of at least one person who saw the e-fit of the person that Scotland Yard now claimed they wanted to speak to and had rang into Crimewatch to say that they thought the e-fit looked a lot like Gerry McCann, and was told they were wasting Police time! Though if you see the pictures you cant help but notice that the resemblance is uncanny.
Inconsistencies in this case are numerous and are all documented on the internet (See links below) and have resulted in many groups springing up on social media sites, Public opinion ranges from those who fully support and believe in the McCanns account of events, to those who consider that they have reason to doubt it.
To date there has been no court case of any kind which might help to establish the truth about what happened to her. As the Portuguese Police claimed the Leicestershire Police's questioning of the witness's hadn't brought any new leads.

Please sign and pass on to as many people as you can...