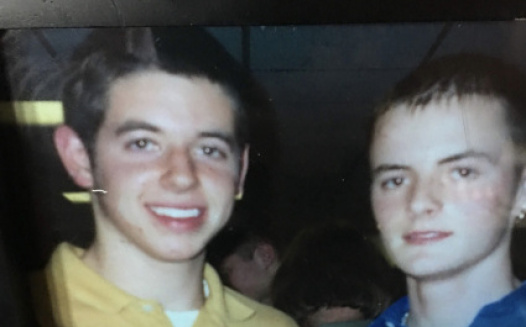 Ben and Justin were killed by a drunk driver on July 6, 2006. While their family, friends and loved ones serve a life sentence without them in their lives their offender has never once served jail time. Instead Rebecca Ann Johnson was given five years PROBATION. Instead of doing as she promised to use the second chance she was given for good, she has become a repeat offender over these last thirteen years. Not only has she been arrested at least eight times for drug trafficking meth (both Oldham County and Jefferson) but also drug paraphernalia, concealed deadly weapon by a convicted felon, public intoexication, and the list goes on. When will she be made to face her crimes? Our fear is that she will in fact kill another innocent person or persons. Please help us find justice for Ben and Justin by signing this petition to get her behind bars where she can no longer harm others or herself. This petition will be sent to media stations, state representatives, and the governor of Kentucky. Thank you for your support and signatures.