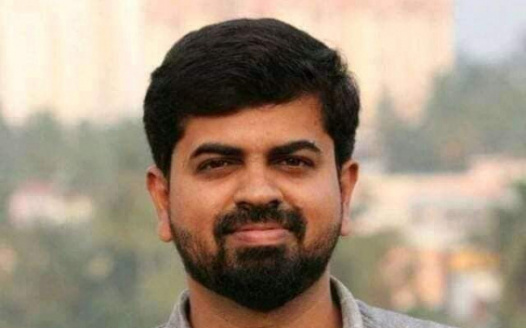 This petition is to show the growing anger, anxiety and concern over the tragic and unfortunate accident which led to the death of Mr. K M Basheer, a very promising journalist of the state of Kerala in India.

The journalist was killed in the accident when the car of Sri. Sri Ram Venketa Raman, who was drunk and driving, hit Basheer at Trivandrum. Sri Ram is a prominent IAS officer in the state. His car was over-speeding and in aggressive driving. Reports say that Sri Ram was with his girl friend and violating the traffic rules.

Eventhouhg the CM's office made some initial steps to speedup the legal process and CM himself stated that the strict action will be taken in the case and culprit will be booked under law, later the case got diverted and the pepatrators were given soft escape. And the government took initiation to give compensation to the victim's family. But that should not be taken as justice maintained. Because the violation of law and crime against humanity should be taken seriously. Many citizen suspect it is a planned murder and demand thorough investigation. This has become an inevitable thing for the authorities as the miserable incident caught the attention of the public locally, nationally and internationally.

Unfortunately enough, the Kerala Police stood leniently from the day one of their investigation. They didn’t even take the drug test of Sri Ram immediately after the accident. This is conspicuous act from the part of the police.

The government’s stand in the case proceedings is also invited severe criticism. Disappointing Silence of the Chief Minister of the state is upsetting the people. Irrespective of growing demand from the people from all walks of society including journalist association for a lawful investigation, the authorities follow a slow pace in the case and didn’t prepare even an FIR against the culprits. This made people smell conspiracy. The strong hold of Sri Ram as an IAS officer clinches the justice for KM. Basheer.

This petition strongly demands the immediate and result bringing interference of the Chief Minister of Kerala,* Sri. Pinarayi Vijayan* to ensure justice to the deceased KM Basheer and his family. The culprits should be brought in to the facet of the law and punished. The government should also ensure the free environment for the press and journalist to work and strengthen the democratic values so that this kind of incident is not repeated