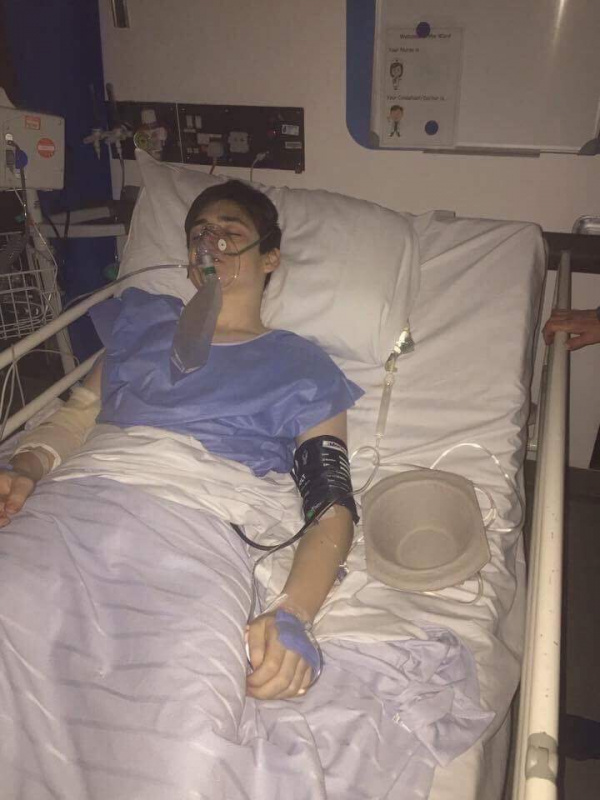 (PLEASE READ TO THE END , THANK YOU)

The Day That Changed My Life :

On the 13th of March 2017 I was walking but up to college from the town centre (On The Pavement) . Suddenly a car smashes through the bus stop leaving it shattered and hurling towards me hitting me at approximately 30-40 MPH . The car showed no sign of breaking and no skid marks were visible on the scene , I was dragged along in the grill of the car and when the car eventually came to a halt the side of the bus stop landed on me . My friend who was luckily with me managed to pick this side of the bus stop off of me but the damage was already dealt . 25ft down the road I tried to get strength to climb to my feet but the pain was so excruciating . I fell to the floor again , the blood rushing all around me , struggling to breathe , Fighting for my life ! The injuries I sustainedly from this were : An open fracture to my right tibia, 4 breaks to my collar bone and severe dislocation , a left punctured lung and a shatter to my right ankle along with some very severe lacerations .

Operations : I had to have an operation for my right leg to insert a titanium rod along with 3 screws . This operation was meant to last for 2 hours , 4 hours later I left theatre . I had stopped breathing part way through the surgery and was an inch away from loosing my life .

1 week later : cannot make it to the bathroom , cannot wash or dress on my own , having panic attacks frequently , flashbacks , unbearable pain , struggling to breathe , etc .

These pains are still with me now (6 months later) , I cannot walk unaided I have to rely on my crutch , I am having hydrotherapy to try to sort out weight bearing and gain strength in my right leg . I had to have mental help I couldn't sleep and still struggle to now .

The Woman who hit me was a drug abusing driver , she was on Cocaine , morphine , heroin and methodone . The amount of drugs in this woman's system was so high that it was off the scale and had to be rounded down . The point of this petition is due to the fact in court the woman was handed a 2 year suspended sentence due to the fact she has children , a sentence is meant to be a deterrent but the judge let her walk away with community service , a 2 year suspended sentence and 3 month tag .

My Mum was so close to loosing her son out of no fault of my own but yet a woman who uses class A drugs gets away with nearly destroying a family just so she can be with hers.

The aim of the petition is to try to show that justice was not served and that we won't go down without a fight . I have contacted the local MP and have put together an appeal but with the help of the public and keeping it in the spotlight I feel we can make a difference .

Please consider putting your name down . Thank you !